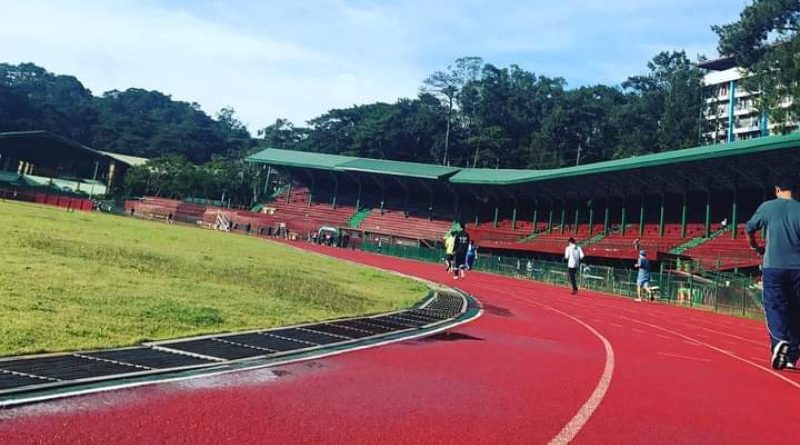 Dela Pena said that the city’s designs has reconciled its design with the Department of Public Works and Highways for the P381 million Youth Convergence and Sports Complex and this will be bid out by either the third week of this month or first week of April.

The multi-level parking building with a view deck that will rise at the dilapidated small grandstand or bandstand costing P110 million will be up for bidding on the second week of this month.

The city will finance the bulk of the amount with its P441 million exposure while the DPWH – Baguio Engineering District will shoulder the remaining P50 million.

“We are ready for the bidding this month,” said dela Pena after the City Hall Hour at the Baguio City Session Hall wherein he was one of the five guests.

Dela Pena said that the DPWH has looked into the budget of the sports complex which was earlier pegged at P434 million, but then revisions in the design brought it down by P391 million or a P43 million reduction which will not affect the over-all design.

Dela Pena said that the two projects should have been bid out at the same time, “but we are looking at the best materials for our sports complex,” dela Pena.

“We need at least two more suppliers so we can assure to have the best materials for this sports facility,” he added.

The projects were supposed to be implemented as early as March last year but then it was moved to a later date when the city was placed in total lockdown.

All constructions resumed only in October of last year after the city was downgraded to modified general modified community quarantine but they could not proceed with the work because of the shortage of funding.

Dela Pena announced the projects as early as January of last year during the sports summit for the Sports Code at the Supreme Hotel.

Meanwhile, he said works for the expansion of the big grandstand is going on smoothly. “Tuloy tuloy na ang trabaho (work will be non-stop), he said.

In fact, the first floor of the extension project has already been completed and works will now be for the bleachers.

The work by Vision 3000 will see shower rooms, athletes lounge, workout station and even offices at the 50 meter extension of the grandstand that will see its capacity increase by nearly 500 seats,   added dela Pena.

Four light towers will be erected to allow trainings even at nights.

Vision 3000 will also see that improvements will be made on the big grandstand, including the walls that are now being used for the Sports Legends and Team Lakay murals, said Paul Rillorta of the city sports office.

He said that water harvesting facility at the bottom of the grandstand will be removed and instead be used for the athletes’ quarters and facilities.

“This will now eliminate the deterioration of the walls of the dugouts beneath the long stage,” he said.

Water seeping at it lead to the deterioration of the wall with cracks and eventually chipping off of the mortar as well as the paints that cause delays in the mural painting of Gladys Anne Labsan.

Labsan has already finished five sports greats – Hector Begeo, Jerry Dino, Erlinda Lavandia, Rey Tam and Divine Wally. She is halfway through the face of taekwondo djinn Jeordan Dominguez, however, the primer that was placed twice is again chipping off.