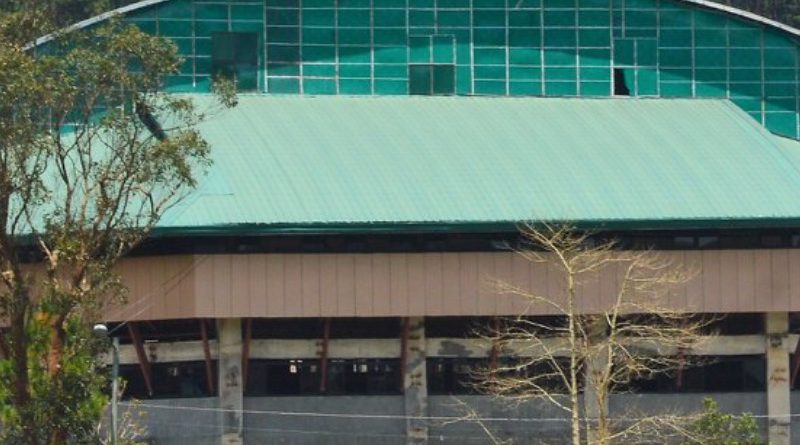 LA TRINIDAD, Benguet – Benguet caretaker congressman and Anti-Crime and Terrorism through Community Involvement and Support (ACT-CIS) Party-list Rep. Eric Yap assured concerned stakeholders that the P165 million he earlier promised for the continuation of the upgrading of the Wangal Sports Complex has been in the P4.5 trillion annual budget of the national government this year.

Yap, who chairs the powerful House committee on appropriations, stated that the public bidding for the project will commence anytime to ensure the immediate implementation of the project at the earliest possible time for Benguet to have one of the best sports complex compliant with national and international standards.

However, he claimed there will be a second wave of funding for the upgrading and improvement of the closed gymnasium since its P25 million budget is not sufficient, thus, he will try to source out the required additional funds to complete the development of the province’s premier sports complex.

Congressman Yap revealed that future plans for the completion of the development of the Wangal Sports Complex is the put up of the standard Olympic-sized swimming pool to ensure that Benguet can independently host local, regional, national and international sports competitions because the sports facilities are compliant to international standards.

According to the lawmaker, he will personally look into the implementation of the multi-million sports complex project so that only qualified contractors will be awarded the project, aside from ensuring that the implementation will be done based on the project plans and specifications so that the required international standards of measurements of the sports facilities will be followed.

When Yap was accorded the welcome program at the Wangal Sports Complex last January 29, 2020 after being appointed as the legislative caretaker of Benguet following the untimely demise of the late Rep. Nestor B. Fongwan, Sr., he immediately assured provincial and municipal officials and the people of Benguet he will prioritize the continued development of the complex for the province to host future sports competitions that can be an added pull for tourists to consider visiting Benguet as one of the premier ecotourism destinations in the country because of its scenic tourist spots.

Congressman Yap stipulated that the input of sports enthusiasts on how the Wangal Sports Complex can be improved had already been incorporated by the public works department in the project plans and specifications to ensure that the different sports events to be held in standard sports facilities are assure of fair competition among the participating athletes and sports officials.

This post has already been read 862 times!LA TRINIDAD, Benguet –  Benguet Caretaker Congressman and Anti-Crime and Terrorism through Community