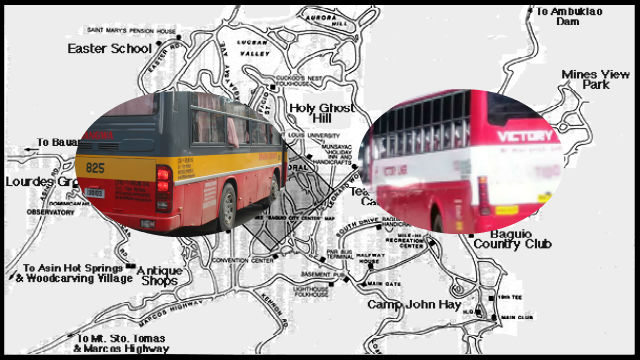 The city is not yet inclined to open inter-regional public transportation to avoid the continuous surge in Coronavirus Disease 2019 (COVID-19) cases that might cause the collapse of the local health care system.

He added that public transportation will surely encourage the movement of people that is why the local government will not yet open the city for inter-regional public transportation to prevent the occurrence of untoward incidents that might cause the future surges in cases that will be beyond the control of concerned government agencies and the city.

The city administrator appealed to the public who are seeking for the opening of inter-regional public transportation to understand the position of the local government in not allowing the same because it will be for the greater welfare of the people and is geared towards containing the unnecessary surge in cases that might cause the overwhelming of the local health care system.

Earlier, the city allowed the opening of public transportation from selected areas in Luzon but strict adherence to the prescribed minimum public health standards aside from the imposition of other safety requirements that will be imposed by the city to ensure that passengers will be free from the deadly virus.

While it is true that the opening of inter-regional public transportation will help in gradually and safely reviving the heavily impacted economy, dela Pen֮a claimed that there is a need to put in the highest order of priority the health and safety of the people, thus, the decision not to allow the opening of public transportation coming from other areas in Northern and Central Luzon.

He explained that when the city opened the Ridge to Reef tourism bubble last year, it was intended to contribute in efforts to revive the local economy but safety measures were put in place to avoid the sudden surge in cases, thus, public transportation was not used as an option for travelers intending to go in and out of the city to avail of the established bubble.

The local government department head admitted that the recent surge in COVID-19 cases triggered by the more infectious Delta variant is considered to be unprecedented as it has resulted in the maximum occupancy of health facilities and the existing temporary treatment and monitoring centers in the different parts of the city, thus, the need for the city to impose the further restrictions on the movement of people in and out of the city and stricter border controls.

He urged residents to continue cooperating with the concerned government agencies and the local government in the ongoing implementation of the restrictions on the movement of people to help in significantly reducing the increasing daily cases of the virus so as not to overwhelm the local health care system and unduly stress the frontliners.

For the past several days, the city had been recording an average of 250-260 cases daily that caused the full occupancy of hospitals and near full capacity of isolation centers. By Dexter A. See

This post has already been read 1114 times!Winners of the 2021 Productivity Olympics were announced during the First Ever Virtual