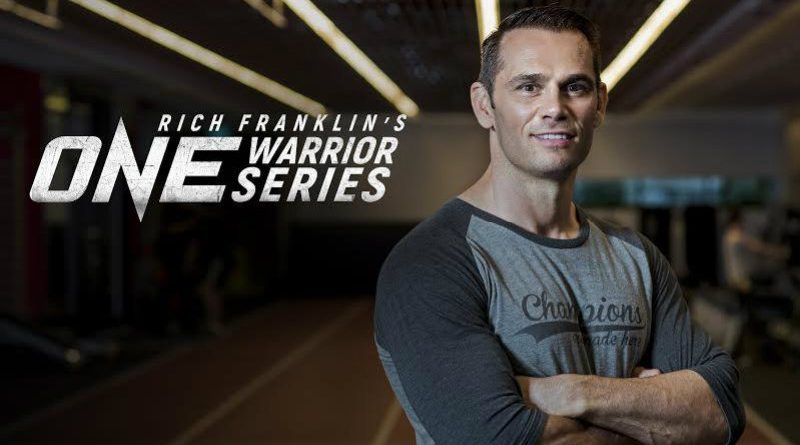 ONE Championship announced that the inaugural event of Rich Franklin’s ONE Warrior Series will be held in Singapore on March 31, 2018.

The live spectacle will feature prospects, signed on during the show, competing in professional bouts to earn a contract with ONE Championship exceeding US $100,000+ based on performance.

The Rich Franklin’s ONE Warrior Series is a new travel series talent search which runs in 30-minute episodes. The show aims to discover new martial arts talent across Asia, providing promising young athletes with the platform to unleash their martial arts greatness.

Franklin, acting as the CEO of ONE Warrior Series, who serves as the show’s host, travels across the Asian continent with co-host Jonathan Fong, searching for talent, experiencing local cultures and testing their boundaries.

Franklin, also the Vice President of ONE Championship, stated: “We’ve visited many great Asian nations over the past few months and now have a solid group of competitors ready to earn their time in the spotlight.”

He also noted the popularity of martial in the region and the possibility of them becoming professional fighters. “Asia is the hotbed of the industry’s top martial arts prospects. I have enjoyed taking in all that Asia has to offer, while discovering some of the most promising young talent on this side of the world. ONE Championship and ONE Warrior Series will continue to search for the region’s best martial artists and give them a platform to showcase their skills to the world”, he continued.

The screening and tryouts process consists of pad sessions, grappling demonstrations, conditioning exams, and an interview process, among others. Once selected, athletes will compete in professional bouts with a chance at earning a contract with ONE Championship exceeding US $100,000+ based on performance.

The episodes of Rich Franklin’s ONE Warrior Series are available on ONE Championship’s YouTube channel at https://www.youtube.com/user /OneFCMMA

One may visit www.onefc.com for more updates on ONE Championship.