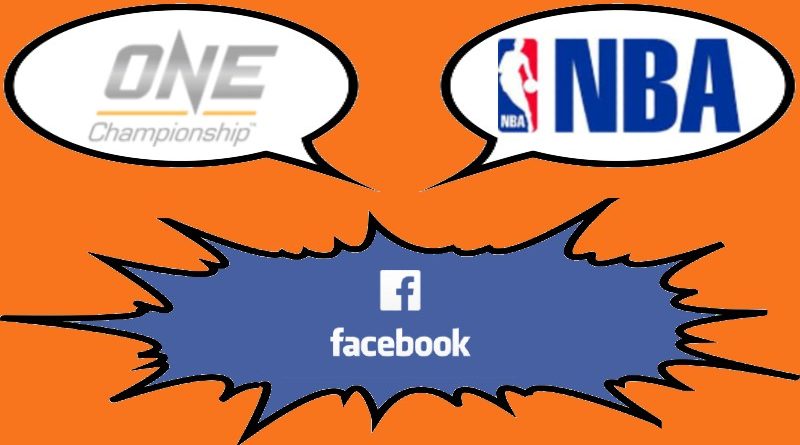 ONE Championship and the National Basketball Association, provider of two of the Philippines’ favorite sporting events, landed among the Top 10 Most Engaged Sports Profiles from a pool of some 5,000 sports properties in Facebook Worldwide according to Socialbakers.

Based on data collected between 1 January and 30 June, 2020 and figures released by the independent social media marketing company, the Singapore-based martial arts organization ONE Championship ONE landed in the eighth spot overall, with 46,299,362 interactions, slightly edging out the National Basketball Association (NBA), which sits in the ninth spot with 45,049,463 interactions.

ONE Championship Chairman and CEO Chatri Sityodtong shared the achievement in a multimedia infographic and a message to fans of the promotion on his official Facebook.

“Thank you to the greatest fans in the world for inspiring me and my team to dream more, do more, and be more in life!” Sityodtong wrote.

ONE is the only Asian representative and martial arts property on the list. Only ONE, NBA, and International Cricket Council (ICC) are the only non-soccer/football sports profiles in the Top 10.

ONE features the world’s most exciting martial arts action and enjoys a massive fan base not only in Asia, but also across Europe and South America. Its global footprint projects over 2.7 billion potential viewers worldwide, and it broadcasts events to 150 countries through free-to-air, linear, and digital channels.

The promotion has a passionate following among key demographics on social media, particularly on Facebook and Youtube.

Apart from its flagship mixed martial arts product, ONE also offers a striking-only league, ONE Super Series, which hosts kickboxing and Muay Thai contests, as well as reality shows such as ONE Warrior Series and the upcoming The Apprentice: ONE Championship Edition.

Meanwhile, The NBA has been well-spoken about in different media platforms, having establishing itself as the most followed basketball league in the world.

The expansion of recruiting players all around the globe attracted more worldwide following. So while the sport it carries is not the most popular, the buzz on social media the NBA attracts was expected due to the way they create superstars in their league and that these superstars are well-followed by their fans.

It was no surprise that soccer/football hugged the limelight in the list. The sport is extremely popular in many Asian and Latin American nations and arguably the most popular sport in the world.

Manchester United claimed the top spot on the list with 98,753,757 interactions. This also certainly comes no surprise being the most popular football team in the world.

Socialbakers is a social media data analytics company that provides businesses around the world with data and analytics across multiple platforms. It serves thousands of enterprise brands and SMBs, including over 100 companies on the list of Fortune Global 500.