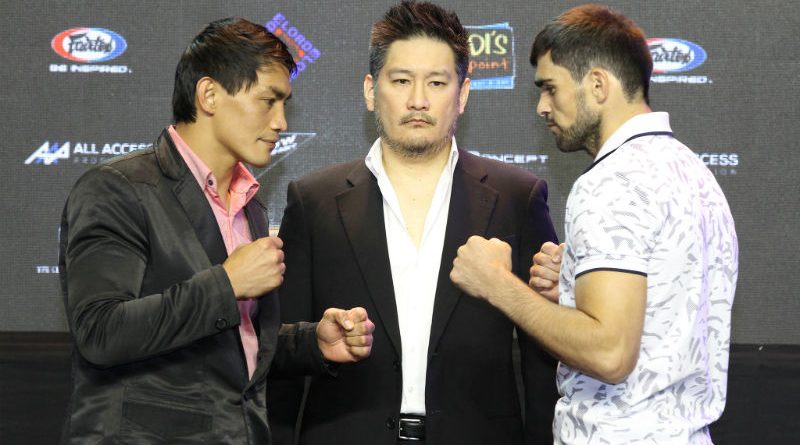 Singapore – The Chaieman and CEO of the  largest global sports media property in Asian history, ONE Championship, Chatri Sityodtong held the ONE: REIGN OF DYNASTIES Worldwide Conference Call yesterday, October 6, and  provided updates on the world’s largest martial arts organization and answered questions surrounding ONE Championship.

ONE: REIGN OF DYNASTIES will be the first international sports production pilot to take place in Singapore since the country’s implementation of Covid-19 related measures earlier this year and will feature six bouts involving local and international athletes. All bouts will take place audience-free and behind closed doors at the Singapore Indoor Stadium, with only athletes, officials, and crew onsite.

All the action can be enjoyed on ONE Championship’s official ONE Super App, ONE’s social media channels, locally in Singapore on MediaCorp’s Channel 5 and meWATCH app, as well as globally across ONE Championship’s broadcast and digital media partner’s properties. For more information, go to https://www.onefc.com/news/how-to-watch-one-reign-of-dynasties/

In line with Singapore’s approach to resuming activities in a calibrated and safe manner, ONE: REIGN OF DYNASTIES will implement all necessary measures to ensure the safety of its athletes, officials, and crew.

Sityodtong touched on a variety of subjects including the exciting bouts at ONE: REIGN OF DYNASTIES, the four World Title bouts announced for ONE: INSIDE THE MATRIX on 30 October, working with the Singapore Government, and The Apprentice: ONE Championship Edition beginning production on 26 October, among other topics.

“The big news for us for ONE: REIGN OF DYNASTIES is, we have been holding back the location until this week and it’s going to be in Singapore. The big news for us is that we are working very closely with the Singapore Government. Even though borders are still closed across Asia, this will be the start of our international events but we are also working with other major governments across Asia for the same thing in terms of, obviously special Covid protocols to ensure the health and safety of our athletes, our staff, and obviously the residents of any country that we are hosting our international events. This is a huge thing for us and we’re super excited and this card itself is also a very exciting one especially for Asia.”, he stated

“With the Muay Thai World Championship headed by Sam-A, the legendary Sam-A, who has almost 400 professional fights, won every major title in the world facing the unlikely underdog in a classic let’s say Rocky story, Josh Tonna — the unlikely contender who clawed his way through the rankings and defeated a legend in Andy Howson, to earn his title shot. We also have a very exciting match up in the co-main event with undefeated Aleksi Toivonen who’s going to try to break through the rankings against Reece McLaren. The other fights are also super exciting. I believe that most of these fights will not go the distance. And of course, I announced last night, our October 30th event, though I haven’t revealed the location yet, will also be an international event. I’ve revealed the top four bouts of that event.”

66       66SharesThis post has already been read 16565 times!Firstly, great emphasis is given that the contents of this series are intended