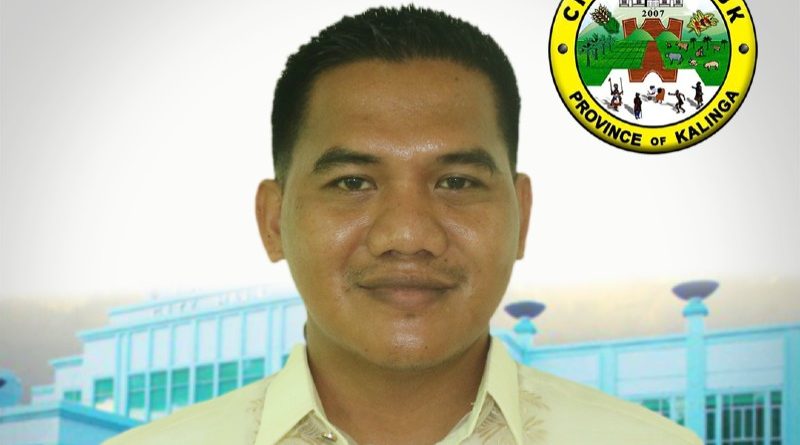 TABUK CITY, Kalinga – The Department of Interior and Local Government (DILG) wants the Office of the Ombudsman to immediately act on a request from a party in interest on an earlier decision that ordered the one-year suspension of Vice Mayor Bernard Glen M. Daoas after finding him liable for grave abuse of authority and conduct prejudicial to the best interest of the service.

In his letter to Jude Clint Dirige Escario, lawyer Romeo P. Benitez, Director for legal and Legislative Liaison Office of the DILG, stated that upon verification with the department’s central records section, the said Ombudsman decision is yet to be officially transmitted by the Ombudsman.

Earlier, Escario said the complainant in the case for grave abuse of authority and conduct prejudicial to the best interest of the service against the Tabuk vice mayor docketed as OMB-L-A-20-0040, made a follow up with the DILG regarding the implementation of the Ombudsman decision in the said case.

Benitez informed the complainant that as a matter of protocol prior to implementing any Ombudsman decision or order or resolution, the same must be officially transmitted to the DILG by the Office of the Ombudsman.

The DILG official assured the complainant that once the department officially receives the copy of the decision ordering the suspension of the Tabuk vice mayor from the graft body, the same shall be immediately acted upon immediately.

The Office of the Ombudsman ordered the suspension from public service without pay of Vice Mayor Bernard Glenn Dao-as for one year after finding substantial evidence to indict him administratively liable for conduct prejudicial to the best interest of the service.

In a 12-page decision penned by Graft Investigation and Prosecution Officer II Maria Luisa Villanueva that was approved by Ombudsman Samuel Martires, it stated that in the event that the penalty of suspension can no longer be enforced against Vice Mayor Dao-as due to his separation from the service, the same shall be converted into fine in the amount equivalent to his salaries for 6 months all payable to the Office of the Ombudsman and may be deductible from his retirement benefits, accrued leave credits or any receivables from his office.

The Ombudsman directed the Interior and Local government Secretary to implement the aforesaid decision immediately upon receipt pursuant to existing rules and regulations.

The case stemmed from a compliant of conduct prejudicial to the best interest of the service and grave misconduct filed on October 31, 2019 by Jude Clint Dirige Escario against Vice Mayor Dao-as, both in his capacity as the punong barangay off Appas, Tabuk City and as vice mayor.

The issue involved was the action take by the latter on the parcel of land in barangay Appas with an area of 50,001 square meters where he and the other co-owners of the property met with the said official on November 28, 2016 when he was still the punong barangay of Appas to negotiate a sale of their respective undivided interest over the land but no sale materialized for lack of agreement on the purchase price. By Hent