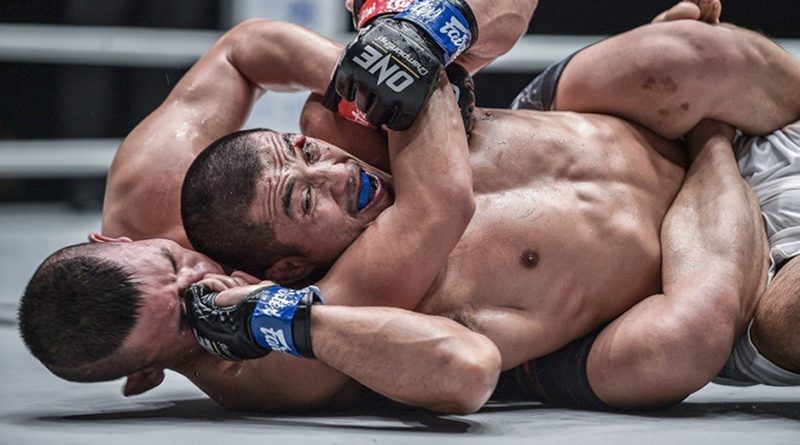 Jerry Olsim and Dave Banguigui dispatched their respective opponents in Rich Franklin’s ONE Warrior Series 6 held in Singapore on June 20 to ease the loss of Eric Kelly during ONE: Legendary Quest on June 15 in Shanghai, China.

Olsim decisioned fellow featherweight prospect, Korean Myeong Gu Kim, who is making his promotional debut, in their featherweight mixed martial arts bout. The young Team Lakay fighter improved his unblemished record 6-0 that includes four wins in the ONE Warrior Series. Two of his wins came before the completion of the bout.

Banguigui, on the other hand, delivered a huge knockout against Susovan Ghosh. The ONE debutant participant put the Indian away by a punch in round two of their straweight mixed martial arts.

Banguigui extended his winning streak to seven as he won all his previous six fights after losing his debut fight, all held in the Philippines, including an abbreviated win against Solomon Dutra in URCC last December. Six of his wins came by the short route.

Kelly tried to take the fight to the ground to offset his adversary’s power and was successful in taking initial control. Niu, however, was able worked his way through to evade Kelly’s submission attempts and turned the tables and take control of the mat action instead.

The 37-year old Kelly might now be at the crossroads of his MMA career as he is now in the midst of seven-bout losing streak. That, inexplicably, came after he racked up a 12-1 record in his first 13 fights that include nine straight to open his fight career.

Other Filipinos were not as lucky as well.

Japanese Itsuki Hirata made an explosive ONE debut as she took out Angelie Sabanal by first round submission. Hirata sized up Sabanal early before executing a takedown to take the fight to the ground. On the mat, Hirata saw an opening to apply an Americana armlock, leaving Sabanal with no choice but to tap out.

Tan was brought by Yoon to the ground early in the fight but got control in a reversal and started submission attempts.

The Korean was able to get out of Tan’s control and lit Tan up with thunderous knees and precise punches to take the Filipino out and earn the highlight-reel stoppage.

By Armando M. Bolislis
BACKFIRE – Eric Kelly tried to bring the action to the ground against a dangerous striker Niu Kang Kang but got the wrong side of the deal instead, falling to Kang submission attempts like this rear-naked choke hold. Photo by ONE Championship.