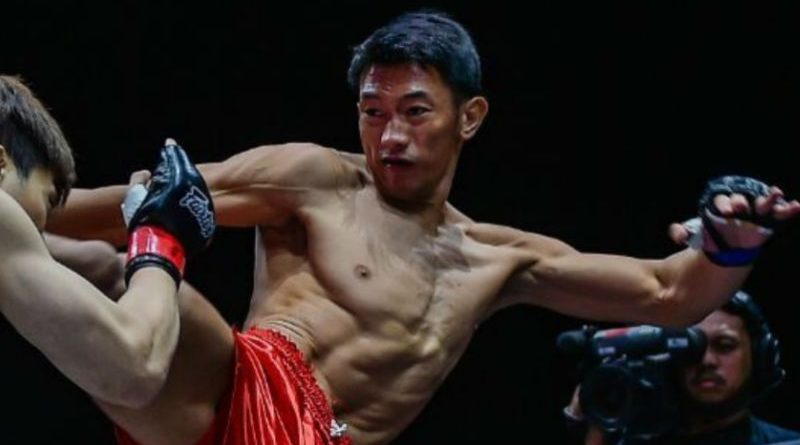 Jerry Olsim suffered the first dent of his previously immaculate record as he absorbed a unanimous decision loss against Japanese Ryoji Kudo during ONE Warrior Series 8 held last October 5, 2019 at Tokyo, Japan.

The Bokod, Benguet native Team Lakay fighter is the taller of the two combatants and has the edge in the power department but failed to capitalize these advantages against Kudo’s grappling skills.

Kudo was looking for the takedown all night long and got in some of them at the crucial moments against Olsim’s defense.

The first takedown attempt happened early in the first round but defended well by Olsim, who instead forced Kudo to the corner and delivered knees while they lock arms. The position remained until the referee had enough of the stale action to break them apart.

Afrer Olsim failed to connect several strike attempts, a right hook finally found its mark on a rushing Kudo, who sacrificed taking the hit that led to his first takedown. A Kudo ground and pound ensued even as Olsim struggled to force the action back to their feet right before the bell sounds.

Olsim starts the second firing heavy leather and connects a right to the face. Kudo trades shots until both men lock arms again. Olsim took some Kudo elbows during the stand up grapple but sneaks in a takedown.

Action shifts back on their feet with both men trading blows to end the round. Kudo delivered the harder and cleaner shots during the exchange.

Both warriors came out firing to start the third. Kudo saw an opening to deliver a “spear” to Olsim’s body that led to a takedown. He proceeded to dish ground and pound from the controlling position until Olsim forced the action back to their feet.

Both men again got into a standup grappling jockey where Olsim got early control to force Kudo to a corner and deliver some knees.

From there on, it was Kudo all the way.

He reversed positions by getting superior position while they are in the corner then broke away for a striking game. He would go on to connect a right straight off an Olsim low kick miss that would forced Olsim to a corner in another grappling action on their feet.

Kudo would then execute a takedown right before the final bell sounded to pull off the upset.

All three ringside judges are in unison in handing the bout in favor of Kudo after three rounds.

Kudo, who was making his ONE Warrior Series debut, improved his record to 5-1 with two knockouts.