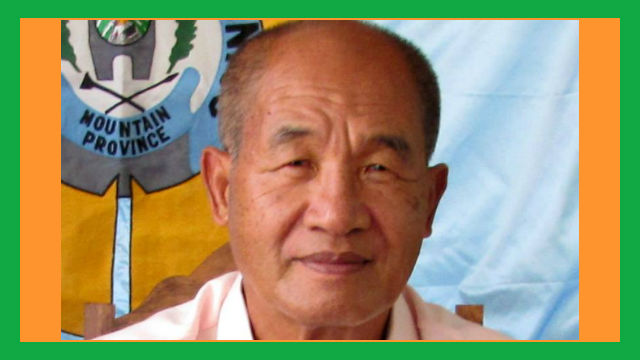 Bontoc, Mountain Province – Bontoc Mayor Franklin Odsey credited the accomplishments and the numerous national awards received by the municipality to the people of Bontoc and to its partner agencies when he delivered his State of the Municipality Address (SOMA) on January 27, 2020.

Speaking before a jam-packed audience at the Bontoc Municipal Capitol, Odsey expressed his pride as Bontoc had been a consistent awardee of the national Seal of Good Local Governance (SGLG) in 2016, 2017 and 2018, the highest award accorded by the Department of Interior and Local Government (DILG) to LGUs. It encapsulates the exemplary performance of an LGU in government service.

Bontoc was also accorded the Seal of Child – Friendly Municipality from the Department of Social Welfare and Development (DSWD) for three years in 2016, 2017 and 2018.

Odsey gave a clear view of the operations of the municipal government and how its budget is divided to cater to the different sectors reaching the grassroots level – the barangay. He reported a notable increase in the municipal budget for the past four years from 2016 to 2019, which he attributed to the municipal government’s revenue collection on Real Property Tax (RPT), business tax, non-tax revenue, and share of Internal Revenue Allotment (IRA).

With the increase of the budget every year, the municipal government was able to sustain and increase funding for its project and programs and was able to accommodate new programs for the benefit of the people and the municipality.

Odsey laid out the plans of the municipal government for the year 2020 while sustaining the existing programs. Primarily, the present administration focuses on solving the two perennial problems of the capital town- garbage and sufficient supply of water.

The municipality has come a long way in garbage problem. It can be recalled that a Writ of Kalikasan against Bontoc was filed in August 2012 for its open dumping of waste along the Chico River in Sitio Matoytoy-ok, Barangay Caluttit and the Court of Appeals ordered the closure and rehabilitation of the dumpsite in 2013.

With the support of the community, the Bontoc LGU instituted programs towards the goals of closing the decades-old dumpsite and instilling a new sustainable paradigm on solid waste management. These include the Oplan Pera Sa Basura Program being participated in by all elementary and high schools; formation of the Bontoc Green Police; establishment of Eco-parks; Senior Citizens Eco-brick and Eco-brick Making Project; No Plastic No Styrofoam Policy and Development of Residual Waste Processing Facility.

Sufficient potable water supply has been a perennial problem in the four central barangays of Bontoc. To solve this, the municipal government has embarked on the construction of the Manguid Water System which will hopefully be operational this year and which will serve as a secondary water source for the town center. For the other barangays, he assured that the municipal government is working on improving and expanding their barangay water systems as well.             “The next thing we will embark on will be the improvement and expansion of the existing distribution lines. It is my hope that before my term ends as a Mayor of Bontoc, the distribution lines should be in place and working,” Odsey added.

For this year, it is expected that a new Municipal Slaughterhouse will be built at Sitio Matoytoy-ok.

To continually improve the overall performance of Bontoc in the annual Provincial Meet, the mayor also bared that the municipal government, together with DepEd and private partners, will be sponsoring coaching clinics this summer for elementary and high school coaches.

From the plans of the present administration for this year, he expounded on the municipal government’s accomplishments and plans vis-a-vis the administration’s vision “Bontoc on the Rise” which encompasses the five major programs to include People-centered Service, Disaster Preparedness and Resiliency, Youth Development, Shared Prosperity, and Sustainability and Health.

Giving primary importance to the vulnerable sectors in the community, the municipal government’s administration incorporated in its annual budget medical assistance to cancer, kidney, and heart patients; burial assistance, the cause of death of which is accident; emergency shelter assistance to families whose house are damaged by fire, erosion, or earthquake; Aid to Senior Citizens per barangay; Mortuary Aid for senior citizens; Aid to Persons with Disabilities; among others.

The municipal government recognizes the efforts of its partner agencies and stakeholders in delivering services to the public, and as a gesture of gratitude provides annual subsidies.

In building a disaster –prepared and resilient community, the municipal government through the Municipal Disaster Risk Reduction and Management Office (MDRRMO), in collaboration with partner stakeholders, has levelled-up in its information dissemination and trainings catering to all different sectors, and procured necessary equipment for search and rescue operations.

A teacher by profession, education has always been one of the mayor’s major programs since he started his political career. Some of these are doubling the financial assistance to each municipal student grantee per semester; increasing the municipal counterpart in the Special Program for the Employment of Students (SPES); giving of cash incentives to athletes who bring home medals in provincial, regional, national, and international sporting events.           Odsey also noted an increase in the number of business establishments, an increase in domestic and foreign tourist arrivals, and an increase in the number of tricycle franchise releases that contribute to boost the economy of the capital town.

Also, the municipal government was able to access funds from the national government agencies in the implementation of its livelihood programs.

On infrastructure, the single biggest project undertaken during Odsey’s administration is the construction of the Bontoc Municipal Capitol.

“I have said it before and I say it again. The Bontoc Municipal Capitol is an impossible dream come true. It now stands as one of the most uniquely recognizable landmarks of our town and of our province – a fitting tribute to our town’s rich history and its people,” the mayor remarked.

On Sustainability and Health, Bontoc recorded zero incidences of vaccine-preventable diseases such as measles, tetanus, and polio from 2016 to present. Also, it is only the Municipal Health Office in the entire Mountain Province that is open even during Saturday mornings to give vaccination services to the children of working mothers.

In closing, the mayor expressed his gratitude to everyone and credited the accomplishment of the present administration to the collective effort of the workforce of the Bontoc Municipal Government, partner agencies and stakeholders, with the support of the Bontoc community.

He added that the municipal government’s programs and projects were accomplished and achieved because of the trust and all-out support that the people gives to the present administration.

8       8SharesThis post has already been read 2802 times!The city identified some twelve priority investment areas that are expected to contribute in efforts