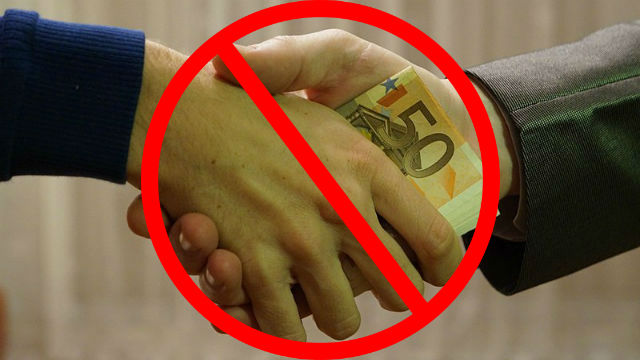 BONTOC, Mountain Province – Retired Police Col. Allen Sumeg-ang Ocden expressed his unrelenting and uncompromising support to the ongoing anti-corruption campaign of President Rodrigo R. Duterte so that the meagre funds of the government could be used to implement key development projects that will contribute in improving the living situation of people, especially those living in remote villages around the archipelago.

Ocden, who is setting his sights on the vacant congressional seat of the province to the House of Representatives, underscored that by stamping out corruption in the bureaucracy, much could be done to complete quality development projects useful in addressing the basic needs of people in terms of public structures vital in ensuring the availability of basic services to them.

“Corruption is the culprit why most Filipinos are living below the poverty threshold. The way to curb the proliferation of corruption in the bureaucracy is really challenging but something must be done before the problem goes out of our control” Ocden stressed.

The former police official claimed it is often the people in the countryside who are victims of rampant corruption in the bureaucracy because funds earmarked for development projects and enhanced delivery of basic services are subjected to unnecessary interventions resulting to meagre funds that lead to substandard implementation of such projects.

According to him, he had a witness on how numerous infrastructure projects in the different parts of the province were tainted with corruption over the past several years, thus, the need for such illegal activity to stop and for upcoming leaders to embrace good governance, the change  people in the province had been longing for in every conduct of political exercise.

He emphasized Mountain Province needs all the funds that could be earmarked by concerned government agencies and the local government to implement desired development projects thus these funds should not serve as the ‘milking cow’ of politicians who require project implementers to pay to them a huge percentage for them to win the bid for such projects.

Ocden asserted that he has been against corruption even when he was in the active service that is why anti-corruption is one of his major thrust for legislation if given the chance by the people of Mountain Province to be the next lawmaker from the only province in the country that has an English name.

At present Kalinga Rep. Allen Jesse C. Mangaoang serves as the caretaker congressman of Mountain Province after the untimely demise of Maximo Dalog Sr., the supposed 3-term lawmaker who succumbed to a lingering illness in July, 2017.

Ocden emphasized people in the countryside should never suffer the serious negative impact of corruption depriving them of quality infrastructure projects and improved basic services and efforts should be made to make corrupt officials suffer the consequences of their actions.

This post has already been read 756 times!LA TRINIDAD, Benguet –  Benguet Caretaker Congressman and Anti-Crime and Terrorism through Community