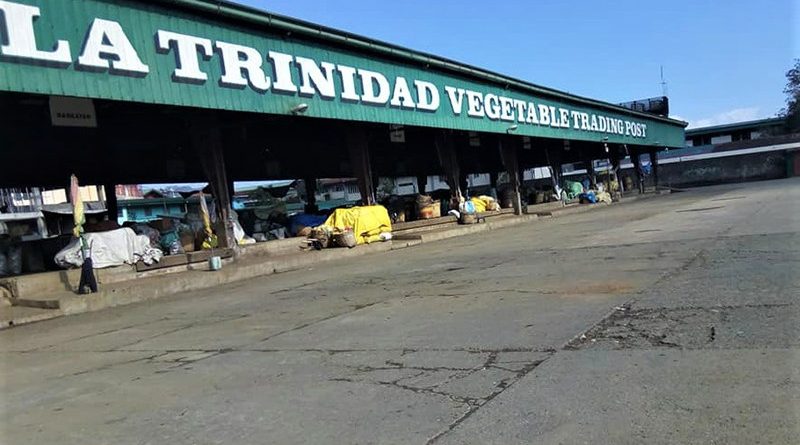 LA TRINIDAD, Benguet  – The municipal government underscored that vegetable truckers and traders transacting business in the vegetable trading post, Benguet Agri Pinoy Trading Center (BAPTC) and private trading centers in the municipality and those doing similar activities outside the province to observe the prescribed no touchdown policy to prevent the possible spread of the dreaded Coronavirus Disease 2019 (COVID-19) among them.

Mayor Romeo K. Salda said that with the confirmed COVID case from the municipality who is a vegetable truck helper and his driver who is a resident of Tuba, Benguet is a wake up call for vegetable truckers and traders to adhere to the no touchdown policy being implemented in the different vegetable trading centers in the municipality and for them to observe such policy when delivering local agricultural products to the different markets outside the province.

“The confirmed CVID case among our vegetable truckers should serve as a stern warning among them not to take the situation lightly and instead adhere to the prescribed no touchdown policy. We want to point out that the no touchdown policy is for the protection of our truckers, traders and the public from contracting the deadly virus because we do not want the situation to go out of control,” Mayor Salda stressed.

He emphasized that the local government dos not want to compromise the ongoing business activities in the private and public trading centers in the municipality simply because a number of those that transacted business contracted the contagious virus that is why it is important for them to obey the stringent policies that are being enforced in the said business centers in the locality.

Earlier, a 22-year old vegetable truck helper from sitio Botiwtiw, Balili barangay tested positive of the deadly virus after submitting himself for checkup at the Baguio General Hospital and Medical Center (BGHMC) due to headache.

Further, his 44-year old driver from Tuba, Benguet also tested positive for the said illness after having travel history to Cubao, Quezon City, Manila, Plaridel, Bulacan and in some parts of the municipality since May 31, 2020.

The local chief executive ordered personnel managing the operations of the vegetable trading centers to ensure the strict compliance to the stringent modified general community quarantine (MGCQ) policies because what is being protected is the health and safety of the majority of the populace for them not to contract the deadly virus and prevent the same from spreading in the locality.

The 10 cases that had been recorded by the municipality since the start of the implementation of the Luzonwide enhanced community quarantine (ECQ) were able to recover after being provided the appropriate medical attention in the different health facilities inside and outside the municipality.

Of the 14 confirmed cases in the province, La Trinidad accounted for 21, Itogon had 2 cases while Tuba recorded its first case after nearly three months of being under community quarantine.