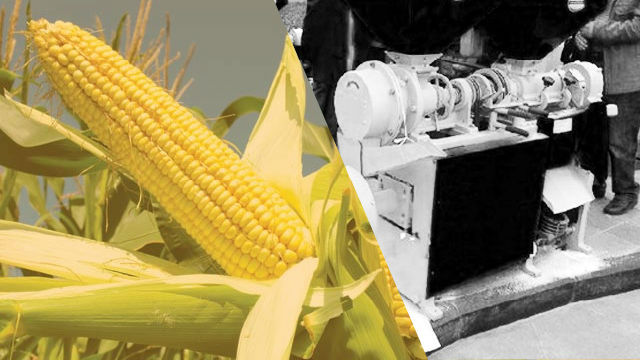 TABUK CITY, Kalinga – Makilo Farmers Association, Brgy. Calaccad, Tabuk City was granted a Corn Combine Harvester from the Department of Agriculture-CAR through the Office for the City Agricultural Services (OFCAS) on November 8, 2021.

The said brand-new harvester is with complete accessories for rice and corn harvesting as its priority]. It can cater to all corn farmers in the association and even other Farmer’s Associations (FA) depending on the policy established by the Makilo Farmers.

Emma Concepcion Fermin, Agriculturist II and Corn Coordinator of the OFCAS, said that the Makilo Farmers Association, in particular, is active and supportive of all programs implemented under corn activities of the City. After selection and deliberation, they qualified and were for the endorsement to the DA-CAR to avail the said grant.

Armando G. Bayangan, president of the MFA, represented the association during the awarding of the harvester.

In his acceptance message, Bayangan said the farmers in Makilo will no longer spend days of manual harvests, but instead, their members can harvest their crops within a couple of hours or more depending on the land area of their farms, which according to him, is such huge help to their members. He extended his gratitude to the DA-CAR thru the OFCAS and to Mayor Darwin Estrañero for his overwhelming support to farmers like themselves.

The Makilo Farmers Association in Brgy. Calaccad had more or less 100 members, most of whom are corn growers.  By Rio Dongcayan Bassong

This post has already been read 2552 times!The city identified some twelve priority investment areas that are expected to contribute in efforts