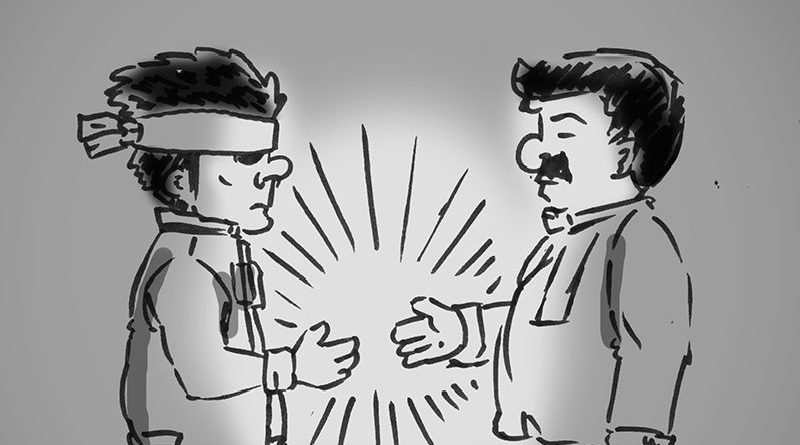 Last March 2019, the Communist Party of the Philippines – New Peoples Army (CPPNPA) celebrated its five decades of armed struggle in its attempt to overthrow the government and become the ruling form of government as well as move Filipinos out from the shackles of poverty. During the five decades of armed conflict in the country, thousands of innocent lives were lost due to skirmishes between government forces and the communist rebels. Worst, thousands of innocent people also lost their lives after being caught in the crossfire between the feuding forces. Thousands of children were orphaned after they lost the bread winners of their families while thousands of parents had to painfully bury their children who died due to the conflict where the same is not supposed to be.

The 50-year old war resulted to heavy casualties on both sides as well as inflicted billions worth of damages to properties of people living in conflict-stricken areas in the different parts of the country. Wars will not lead the country to the right direction. It will just create a culture of violence that will surely shy away prospective investors in various parts of the country because no investor in his right mind will infuse huge investments in violentstricken areas just to be affected by the ongoing conflict.

The government tried to initiate high level peace negotiations with their counterparts in the CPP-NPA even if such talks were done in various parts of the world over the past several decades but the efforts to reach out were not reciprocated by the other party with confidence- building measures. What the communist rebels have done was to pursue their guerrilla operations against police and military personnel conducting various missions in the countryside, intensify the collection of permit to campaign and permit to win fees from candidates aspiring for various elected positions in their supposed strongholds in the different parts of the country among other atrocities that seem not to be in accordance with top level negotiations.

However, the disbandment of the government peace panel should not be a hindrance for local officials in conflict-stricken areas to initiate the conduct of peace negotiations at the local level to achieve lasting peace in the countryside. Ironically, the communist rebels again refused the conduct of the so-called localized peace talks because the local governments are simply adhering to the template of the national government in dealing with the
CPP-NPA.

We certainly believe that nothing could be achieved if both the government and the CPPNPA continue to trade accusations against each other. The never ending fault-finding between the feuding parties will bring the country nowhere. Much had been achieved in the high level peace negotiations but everything went to waste when the government dissolved the government peace panel because of the alleged insincerity among their counterparts to
pursue the realization of lasting peace in the country. Obviously, nothing could be achieved if both parties will not suit their demands to prevailing situation in the country.

Actually, many people are tired of the war in the countryside. Villagers are simply being used as the shields of the rebels to escape from the aggressive military operations to stamp out their presence in their strongholds. But they also do not want to be used as guides for the military pursuing their targets.

We support the conduct of localized peace talks because locals know what is the situation in their areas of jurisdiction and they know who are the influential people involved in the communist movement operating in their places. To cast doubt on the real purpose of the localized peace talks by casting unfounded and baseless allegations only shows the absence of sincerity on the part of certain camps to achieve lasting peace.

People are now clamoring for peace as they no longer believe in the use of violence to achieve what they want. What is important for most people is decent work and do honorable business in a peaceful environment to meet their needs for now and the future. People realize that the armed conflict will not do the country any good. It is the realization of just and lasting peace that can help advance the state of development not only in urban but also in
rural areas around the country. Wars will not be the solution to our problems. Rebel returnees confirmed the difficulties of having to run away from pursuing government forces that is why they came back into the folds of mainstream society to live peaceful lives without fear of being killed or wounded while fighting against the well-equipped government forces.

Let us support the call for peace talks. Let’s give peace a chance.