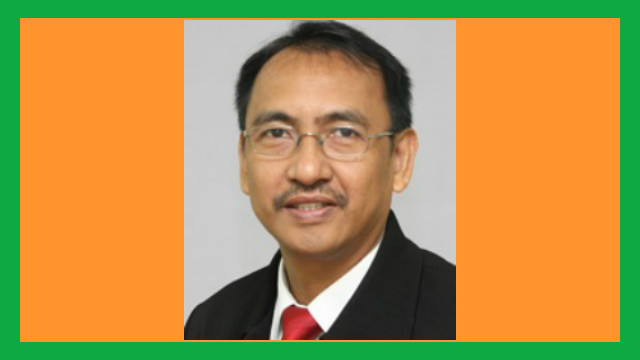 BAGUIO CITY  – An official of the Committee Policy and Budget Research Department of the House of Representatives  revealed that the present administration has no definite timetable for the planned shift from the presidential to federal form of the bureaucracy.

Director-General Romulo Emmanuel Miral, Jr. said one of the clear indications that the present administration is still toying with the idea of federalism is the failure of President Rodrigo R. Duterte to appoint the members of the supposed Constitutional Commission to serve as an advisory body to the Constituent Assembly on how to go about the change in the form of government.

He said more than a year had passed since the issuance of the executive order creating the Constitutional Commission but its composition has not been filled up by warm bodies to jumpstart the planned shift to federal form of government.

He pointed out what is underway is the information and education campaign on the basic concepts of federalism to privde the people with a clearer undetstnading on what to expect once the federal form of government will be put in place.

According to him, there is no ideal model of federalism which must be adopted by the country that is why it will be up to the local federalism advocates to propose on how the regions of the country will be divided to allow the federal states that will be established to survive.

Under a federal set up, the national government and the federal states will have specific powers to implement aside from their shared powers and residual powers that they will enjoy.

Miral underscored that there is still a long way for the realization of the planned shift to federal form of government from the current set up because of the need of the advocates to address numerous issues confronting the change in the form of government aside from convincing the Filipinos to allow the amendment of the 1987 Constitution that will pave the way for the desired shift.

On the region’s renewed quest for autonomy, Miral stated that he will help advance the pending autonomy bill in the House through the House committee on local government since autonomy is viewed to be aligned with the present administration’s advocacy on federalism.

Miral emphasized that both autonomy and federalism are geared towards the devolution of powers of the natiuonal government to the federal states as well as the funds for the devoled programs to guarantee the survival of the federal states once they will independelty exist.

He claimed it is difficult to predict when the planned shift to federal form of government will be realized because the first step that should be undertaken which is the amendment of the Constitution has not yet been undertaken that is why it will be difficult to ascertain whether the plan will succeed with the term of President Duterte.