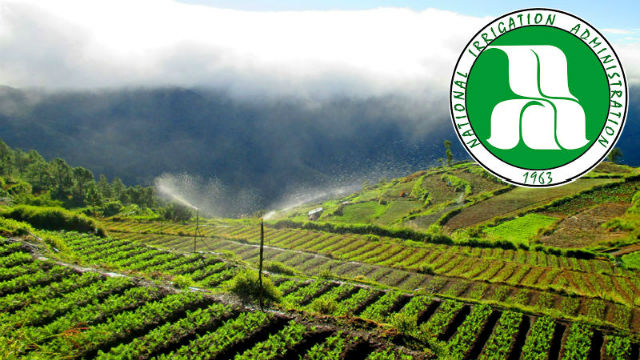 TABUK CITY, Kalinga- In a simple ceremony, Ronilio Cervantes hands over the National Irrigation Administration (NIA) flag to Leo Lamangen as a symbolic gesture turning over his leadership as head of NIA- Kalinga Irrigation Management Office (IMO) on October 12, 2020.

Cervantes had been reassigned to the Regional Office, while Lamangen prior to being reassigned to Kalinga was the head of the Apayao IMO.

During his speech, Cervantes expressed his gratitude for being able to be of service to the people of Kalinga.

“For two years, I am grateful for being here in Kalinga, and it’s a privilege to serve you with my humble, sincere and innovative way of living,” he said, adding. “Everything had been made possible because we all worked together.”

Cervantes then asked the employees of NIA-Kalinga to show their support to the new division manager just as they had supported him during his tenure.

“Maymaysa ti misyon tayu, to increase irrigable areas to increase rice production, so that we can uplift the economic status of our farmers, as one of our mandates,” he said.

He also asked for the employees’ forgiveness because of some unfinished businesses/projects but assured them that Lamangen will continue said projects during his tenure.

On his part, Lamangen said that all he can promise is to do his best as the new division manager.

He then asked for the NIA employees’ cooperation and that he will work as hard as the previous division manager.

Lamangen added that cooperation and teamwork reflects the overall performance of an agency and it could be seen from the farmers’ satisfaction, Commission on Audit findings, and performance ratings.

This post has already been read 17337 times!…if they played under 1998 rules and style. Sorry, Draymond Green. Yeah, you