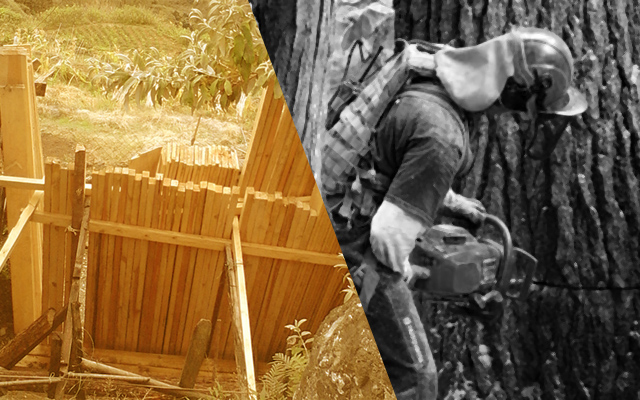 The economic value of some confiscated forest products would be redeemed by donating these to qualified recipient.  The National Food Authority (NFA), in its request for some logs intended for the fabrication of office chairs and tables for clients’ and visitors’ use, the DENR-CAR through CENRO Baguio donated a total of six point ninety four (6.94) cubic meter of Benguet pine logs. The 6.94 cubic meter is composed of thirty (30) pieces of logs with an aggregated length of about sixty-nine point twenty-three (69.23) meters.

These logs were derived from previously cut Benguet pine trees with an approved permit from the DENR-CAR within the office premises of  Bangko Sentral ng Pilipinas (BSP) situated in Loakan, Baguio City.  These were turned over to CENRO Baguio City in accordance to Section 2.2 of Executive Order No. 23, s. 2011 which states among others that “all logs derived from issued cutting permits within natural and residual forests shall be turned over to the DENR for proper disposal”.

Based on the guidelines under Memorandum Order No. 162, s. 1993 confiscated logs, lumbers and other forest products may be disposed through donation if these are not subject of a pending case in court or with other appropriate office; if these are without claimants or offenders against whom the case could be filed; and if these are found abandoned within forest areas, the ownership of which could not be ascertained and without claimants.

Further, the Order also specifies which beneficiary to prioritize in the event that two (2) qualified beneficiaries request for forest products at the same time.  On top of the priority list are the needy victims of disaster as certified by DSWD, for the School Building Program of Department of Education (DepEd), and those undertaken by the Department of national Defense (DND)/AFP Engineering Brigade.

Further, under the DENR Manual of Authorities, the approving authority is dependent on the volume of forest products to be donated.  It specifies that for donations that are more than 100 cu.m., the Department Secretary shall approve the donation.  But for lumber to be donated with a volume of 30.01 cu.m. to 100 cu.m., the Regional Director,  with clearance from USEC for Field Operations shall sign the Deed of Donation. Also, for the donation of 10.01 cu.m. to 30 cu.m and for those  less than 10 cu.m, the PENR Officer and CENR Officer, respectively has the authority to sign donation documents.  The DENR in the Cordillera Region, shall continue to donate confiscated lumber as long as the requisites are properly complied with.  In this way, the economic value of the lumber shall be redeemed.