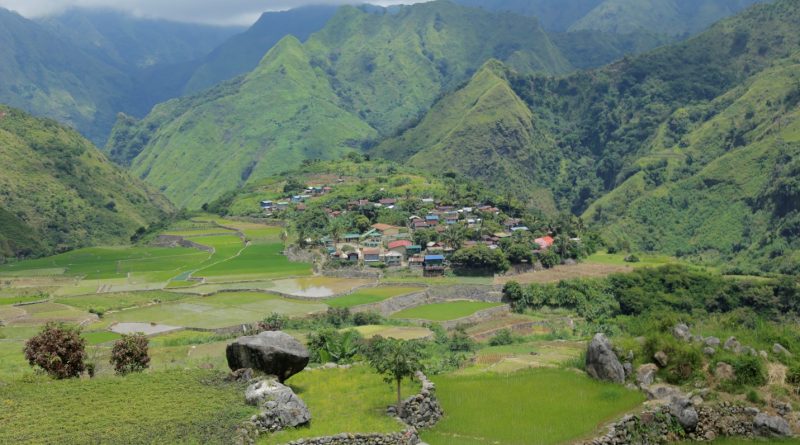 Farmers in barangay Bagu, Bakun, Benguet are now slowly expanding their production area with the construction of a 300-meter length slope protection implemented under the Department of Agriculture’s Philippine Rural Development Project (DA-PRDP).

Barangay Bagu is located at the northern part of Bakun and in the northern most tip of Benguet province, towards Ilocos Sur. Since it is situated at the lower part of the mountain, the area is susceptible to landslides and floods.

Tito Pacuz, chairman of barangay Bagu, recalled that the project site was once a wide area of rice fields until an erosion occurred in 1967 caused by heavy rainfalls followed by the eruption of Mt. Tenglawan in 1984.

The construction of slope protection in barangay Bagu was completed last February 2018. On-farm activities are now observed within the service area such as tilapia ponds, pastured livestock animals, and cultivated lands.

Accordingly, the structure will not only protect the production areas but will also benefit the residents of Bagu. ELVY S. TAQUIO

September 20, 2020 Dexter A. See Comments Off on City to have 436 available isolation beds by October
CAR Region