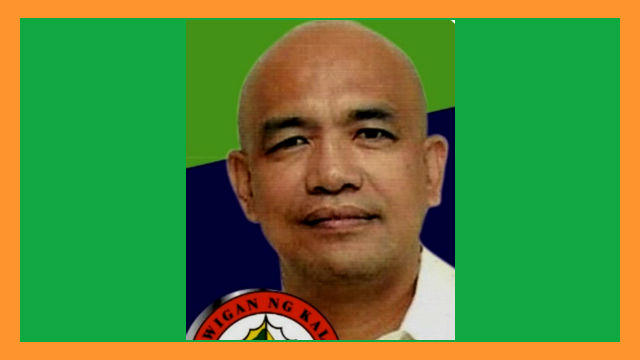 TABUK CITY, Kalinga – Governor-elect James Edubba assured his provincemates of the enhanced delivery of basic services and the improved implementation of infrastructure projects to contribute in the overall efforts to sustain the province’s growth and development.

Edubba, who was recently proclaimed by the provincial board of canvassers after beating incumbent Gov. Ferdinand Tubban for the province’s gubernatorial post, was able to avenge his loss in the May 2019 polls where he lost by only 10 votes.

“I feel vindicated this time. The real voice of the people really came out this time, that is why I will make sure that I will be able to reciprocate their trust with sincere and dedicated service to them during my term,” Edubba stressed.

The governor-elect pointed out that the delivery of quality health services will be one of his major priorities so that the present practice in the Kalinga Provincial Hospital requiring patients to buy their medicines in the various pharmacies will be scrapped.

Further, Edubba vowed to work for the restoration of the license of the provincial blood council for the same to extract blood and for the establishment of a blood bank to support the operation of the dialysis center to ease the burden of the dialysis patients who are undergoing the expensive dialysis treatment.

According to him, the putting in place of the zero billing in the government hospital will definitely be a big help to the patients and their families that is why the people were elated when the delivery of quality health care services will be one of his major priorities when he will be elected as the local chief executive and the same will be realized with the support of the provincial board which will be presided by Vice governor-elect and former Gov. Jocel Baac.

Edubba expressed his gratitude to the people of the province for bestowing their trust and confidence to him by electing him to the gubernatorial post and that such gesture will surely be reciprocated with genuine public service.

When he lost to Tubban by 10 votes in the May 2019 mid-term elections, Edubba filed a post-election protest with the Commission on Elections (Comelec) for the recount of votes in the protested polling precincts.

However, Tubban also filed a counter-protest that called for a recount of votes in many clustered polling precincts in the province which caused the said cases to drag on.

In the initial recount of the votes in the protested polling precincts that was lodged by Edubba, he was reportedly ahead by some 19 votes as of late last year but no update on the said cases was heard since the poll body started its preparations for the recently concluded May 2022 synchronized national and local elections.

He appealed to the people of Kalinga to support his upcoming administration so that he will be able to succeed in delivering his campaign promises that will be beneficial to the welfare of the greater majority of the populace.

This post has already been read 3313 times!QUEZON, Nueva Vizcaya – Embattled indigenous peoples in this remote town are now