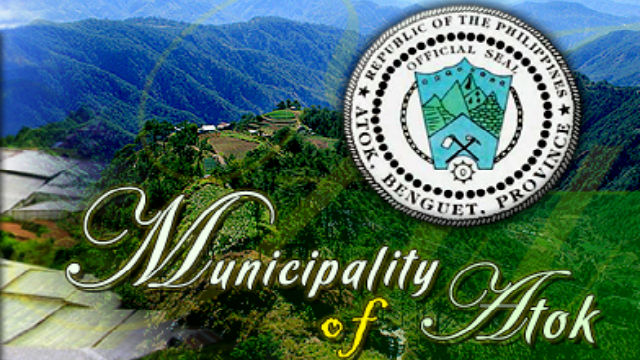 ATOK, Benguet – Mayor-elect Franklin Smith assured that his incoming administration will actively involved stakeholders in the crafting of programs, projects and activities that will aggressively contribute to the growth and development of the municipality as one of the major tourist destinations in the province’s northern area.

Smith, who is serving his 3rd term as a municipal councilor, was proclaimed by the municipal board of canvassers as the winning candidate for mayor, after beating incumbent Mayor Raymundo Sarac and Councilor Paquito Calantas for the town’s mayoralty post.

The mayor-elect pointed out that the active stakeholder participation is one of the important aspect of governance that must be given primordial consideration because the sectors are the ones that are fully aware of their issues and concerns that need interventions from concerned government agencies and the local government that is why they should not be left out in the equation.

According to him, it is still best to listen to the plight of the concerned stakeholders in the planning of the local government’s programs, projects and activities so that their suggestions and recommendations will be used by policy makers and decision makers in coming out with the right decision on how to effectively and efficiently address such issues and concerns for the welfare of the greater majority of the populace.

The incoming mayor claimed that the local government will work out the formulation of the appropriate comprehensive plans for the town’s tourism, health and agriculture programs that will likely contribute in creating jobs and spurring economic activities beneficial in sustaining growth and development.

Atok is one of the towns in the province that are being frequented by tourists because of its cool weather and scenic attractions.

Smith expressed his gratitude to the town’s electorate for giving him the chance to service as the local chief executive and assured them that he will reciprocate the said trust that they bestowed on him with sincere, dedicated and passionate service to help elevate the current status of the municipality and make the same a major tourist destination in the northern part of the province.

He admitted that there will surely be challenges that will confront the municipality but with the active participation of stakeholders in all endeavors of the local government, there will always be doable solutions to the said problems that will crop up that is why there is no reason why the expertise of the various sectors will not be tapped.

The 3-term councilor emphasized that no one has the monopoly of the solutions to the problems that crop up from time to time that it is still best to always listen to the inputs of concerned stakeholders in the planning, implementation and monitoring of the local government’s various programs, projects and activities to ensure the desired enhancement in the delivery of basic services and in the implementation of priority development projects.