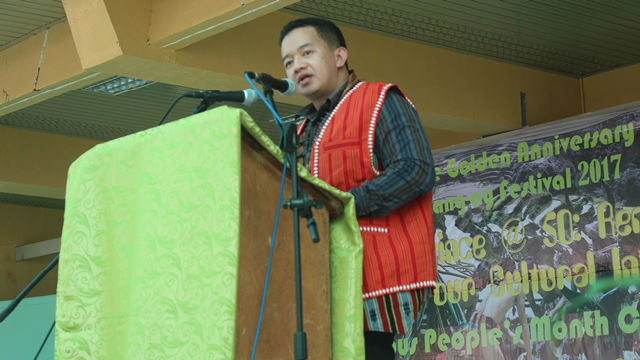 KIBUNGAN, Benguet  – The Cordillera office of the National Commission on Indigenous Peoples (NCIP-CAR) ordered the CohecoBadeo Corporation and the members of the free and prior informed consent (FPIC) team to file their comments within ten days from the receipt of the petition by concerned indigenous peoples (IP) leaders from the municipality seeking the suspension of the FPIC proceedings for the company’s 500-megawatt pump storage hydro project in barangay Badeo.

Lawyer Roland P. Calde, NCIP-CAR regional director, said concerned parties who were issued orders to file their comments on the petition should strictly comply with the period granted them to submit their comments and position papers so that the matter could be resolved the soonest and to prevent any possible conclusions that the petition is not being acted upon.

“We have given all the parties until next week to submit their comments to the petition filed by concerned IP leaders to suspend the FPIC proceedings for the pump storage project. We will decide on the merit of the petition once we have received the comments of all parties,” Calde stressed.

The NCIP-CAR official pointed out there is still a long way to go for the project because the FPIC proceedings will have to undergo the required process under the amended guidelines wherein the first and second community assemblies cannot actually be combined.

According to him, the records of the FPIC proceedings will still be reviewed by the regional review committee of the agency and if there will be findings that the rules have not been satisfactorily complied with, the matter will be again remanded to the FPIC team for them to address the concerns raised by the review committee.

Calde admitted the return of the FPIC proceedings had been done by the agency in many instances and for a big project like the 500-megawatt pump storage hydro plant in |Badeo, there is a need for the agency to observe due diligence by carefully scrutinizing the requirements and the processes undertaken to make sure that the rules had been actually observed to prevent future complications in case the IPs will file complaints.

Earlier, concerned IP leaders petitioned the NCIP-CAR to suspend the on-going FPIC proceedings for the 500-megawatt pump storage hydro project because CohecoBadeo Corporation was not able to present pertinent documents that will support the put up of the project as contained in the previous cease-and-desist order issued by the NCIP-CAR for the project and the absence of experts in the FPIC team to explain the advantages and disadvantages of the project.

The IP leaders claimed the conduct of the FPIC proceedings for the project is actually premature because the proponent was not able to satisfactorily comply with the cease-and-desist order that stopped the planned drilling and survey activities.

Calde explained the FPIC that was scheduled for June 15 to July 3 will just be the first community assemblies in the barangays within the ancestral domain that is why the process cannot be completed within the year considering the involvement of numerous processes of review of all the proceedings to conform to the rules.

2       2SharesThis post has already been read 745 times!Biscuit and snack food giant Rebisco is all-out for Philippine volleyball. The main