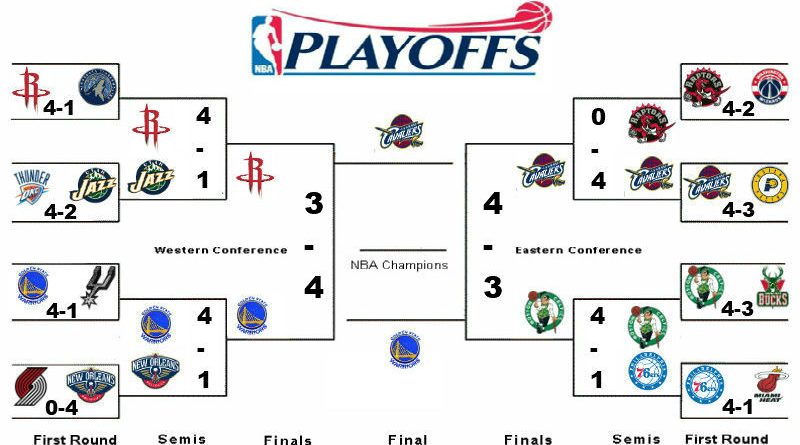 So, after all was said and done, the original prediction came true. It is still Golden State against Cleveland in the finals of the NBA as most fans and analysts said. Both teams, however, had to endure game sevens on the road to reach this stage.

These conference finals series were really exciting to watch, even to fans of the losing teams like me I must admit.

I thought the young Celtics can hold forth, they almost did, but I also never saw Lebron carry a team this way before.

I am one of many who said the Warriors will still end up winners of the Western series because James Harden’s defense and the Rockets playing style are not suited to go deep into the playoffs.

This is only the second time that both conference finals went to a deciding seventh game. The first happened in 1979 where the Seattle Supersonics vs Phoenix Suns and the Washington Bullets vs the San Antonio Spurs duels happened.

In that series, the Sonics defeated the Suns, 114-110, while the Bullets upended the Spurs 107-105 to advance to the finals. It was a rematch of last year but it was the Sonics who took home the championship trophy this time around.

The difference in these two sets of seven game series is the Sonics and the Bullets were the higher seeded teams and they came out winners.

In these year’s series, both the Warriors and the Cavs were without homecourt advantage. The Rockets were the top team in the NBA after the regular season while the Celtics finished second behind the Raptors in the East.

This is the sixth time the Cavs were involved in s seven-game series. They hiked their record in game sevens to 4-2.

The Warriors are now involved in nine game sevens. With this win, they are now 5-4 overall.

The Celtics were 21-7 before this series loss. They absorbed their eight game seven loss in franchise history. They are now 1-2 against the Cavs in the three times they meet in a game seven.

The Rockets are now 6-5 in game sevens. It is their first time to face the Warriors in a game seven.