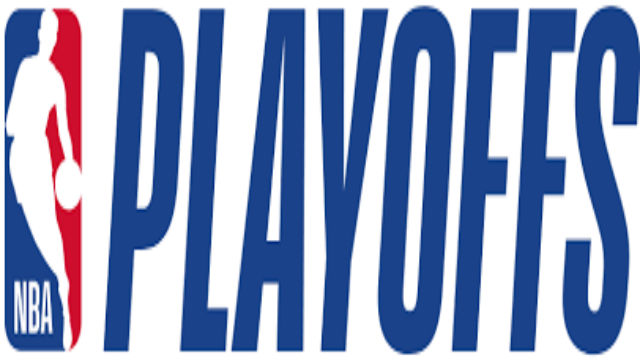 The finalization of NBA playoffs pairings this season came down to the last day of competitions but has now been completed. Here are my picks on who should advance to the next round:

The Raptors improved their bench and are again humming in the regular season. They did limp in their last games toward the playoffs but it’s understandable as they locked the topseed spot early. The question is still what has been asked of them before: Can they hold fort in the playoffs?

Standing in their way are the eight seeded Washington Wizards who welcomed John Wall back in the line-up. Both him and Bradley Beal are a potent combination but they seem to crumble in the dying minutes of close games, showing they really missed what they had for just one year, “The Truth”.

The season series is tied 2-2. The Wizards did eliminate the Raptors as a higher seed before but the Raptors can take solace that their playoff nemesis, Paul Pierce who did closed out the series as an underdog Wizard a few years ago, now works as an analyst for ESPN.

Both teams experienced firsthand what it is like to be affected by a player like Pierce. This series is all about which team has a player like him, the player who has killer instinct and can close out close games. DeMar DeRozan and Kyle Lowrie seems to have developed more in this aspect than Wall and Bradley Beal did. The Raptors advance in six games.

After losing their two major acquisitions, Gordon Hayward and Kyrie Irving, to injuries for the rest of the season; and their best defender, Marcus Smart, at least for this series; the Celtics are now banking on their young crew to finish the job. But these neophytes, three-year pro Terry Rozier, sophomore Jaylen Brown and freshman Jayson Tatum should not be overlooked. They still have veteran Al Horford and Aaron Baynes as starters and Marcus Morris, Greg Monroe and Shane Larkin on the bench, making them Celtics no pushovers.

Meanwhile, the Bucks still have the best player for the series in their line-up in the person of the “Greek Freak” but when their line-up is taken as a whole, the Bucks seem to fail to get going when the tough gets going. The Bucks do have the length and athleticism but Giannis Antetokounmpo must have to be super imposing in this series for the Bucks to have a chance.

The season series is tied 2-2. Monroe, who actually played for the Bucks in two of those games, should have his revenge against his former team as the still formidable Celtics advance in six games.

The Sixers trusted the process and seemed reaping the benefits of all their tanking ways. Their young guns are clicking during the season. Ben Simmons is a strong Rookie of the Year Candidate, Joel Imbiid is turning to be the paint monster he was perceived, and Markelle Fultz just became the youngest ever to register a triple double. We are also seeing the importance of the Sixers’ signing of knockdown shooter JJ Redick.

Meanwhile, the Heat losses their supposed advantage in the paint in Hassan Whiteside by drawing Philadelphia. A Whiteside sighting, along with another 7-footer Kelly Olynyk, normally means trouble for small-ball playing teams but not to a Sixers team with Embiid.

The season series is tied 2-2. Embiid will miss game one but the red-hot Sixers, who won 16 in-a-row to end the season, will be advancing in five games. The Sixers’ playoff inexperience is the only possible reason of the series will be extending a little longer.

The Cleveland Cavaliers fell victim to the Sixers’ streak and slid to the fourth spot but should still have enough firepower against the Pacers. He may not have the super friends he used to but this is Lebron James we are talking about. Kevin Love as Robin is still around and the arrival of Jordan Clarkson, Rodney Hood, George Hill and Larry Nance, Jr. in addition to Kyle Korver, J.R. Smith and Tristan Thompson gives the Cavs scattered source of contributions.

Meanwhile, the Pacers considerably slowed down from their mid-season winning run and were very unfortunate to land on this spot. While they present the best challenge for the Cavs among lower seeds, Victor Oladipo and Miles Turner are not enough to turn tables on these Cavs.

The season series is won by Indiana 3-1 but we can throw that outside the window as all their matches happened before the new Cavs line-up jelled.

Thompson’s off-court issues, whether they can keep the Cavs big man’s head off game, and the seemingly Pacers’ ability to get the Cavs number this season are the reasons why I give the Cavs six games to advance.

The Rockets’ outside sniping lead them to ouster the Warriors from the top of the team standings. It would be still the main weapon to take the Timberwolves out. James Harden, likely this season’s MVP, lead the team attempting more threes than twos in the regular season, a first in NBA history. Chris Paul has been terrific for them at point, both offensively and defensively.

On the other hand, the Wolves needed an overtime victory over the Nuggets to break the longest active playoff drought in the league. I still believe they have the tools to present a difficult match-up for the Rockets: a big man at the middle, Karl Anthony Towns, and an excellent defensive man who can limit Harden, Jimmy Butler.

It will still be a chess game for me: Timberwolves should stop playing the Rockets’ smallball, perimeter oriented style and start making the Rockets think of them instead by taking the ball in the paint. I don’t think that will happen, though.

The Rockets swept the season series. Unless the Timberwolves decide to use their giants and take the fight in the middle that will force the Rockets to play the bigman card, the Rockets should sweep them again in this series.

This series will be a bummer as two top stars of the series, Stephen Curry and Kawhi Leonard will be out.

This should be simple: The Warriors, however, will still have a plethora of firepower led by Kevin Durant and Klay Thompson. On the other hand, only LaMarcus Aldridge is left to carry the Spurs’ banner. And we still have to consider that he will go up against a formidable defender in Draymond Green.

The Warriors lead the season series 3-1. I give the Spurs one win simply because, well, they are the Spurs. Warriors advance in five games.

The Blazers won a final day match with the Jazz to be in this match-up, drawing Anthony Davis as a result.

While blessed with a dynamic backcourt in Damian Lilard and C.J. McCollum, the Blazers struggle from beyond the arc. They have Jusuf Nurkic as a match-up to Davis

Meanwhile, the Pelicans have Jrue Holiday, who is no slouch in defense, and Rajon Rondo, who might be older, but still can stabilize the Pelicans plays. Davis always came up with 20 and 10’s against the Blazers in their previous math-ups and I am not surprise if he gets 30-15 against these Blazers..

Upset alert: Season series is tied 2-2. I have not forgotten Rondo’s leading the eight seeded Bulls to a 2-0 lead against topseeded Celtics in last year’s first round before he got sidelined by an injury. He will complete his act this time as the 6th seed Pelicans will pull the rug under the 3rd seed Trailblazers in seven games.

While the Thunder, with Paul George and Carmelo Anthony, are now more of a championship contender than a pretender, they still struggle to get wins consistently, including closing out close games. But they still have the best player on the floor in Russell Westbrook, who I think is getting what it takes to win a playoff series as the Alpha Male (he got 20 rebounds in his last game when he needs 16 in a Thunder blowout win but did not have triple double when all he had to do is score four measly points more).

Meanwhile, the Jazz were hot towards the end of the season but found themselves matching with the Thunder even before their last match concluded. This would be the worst match-up the Jazz can ask for. They have an elite defense but it is centered on Rudy Gobert where his counterpart Thunder bigman Steven Adams is not to much of an offensive threat. In addition, they heavily rely on Rookie of the Year candidate Donovan Mitchell for the points, Joe Ingles have to deal with Paul George, and Ricky Rubio should be scratching his head on how to limit Westbrook.

The Thunder took the season series 3-1. If my hunch that Westbrook is now aware of what needs to be done is correct, the Thunder firepower will hold up and eliminate the Jazz in six games.