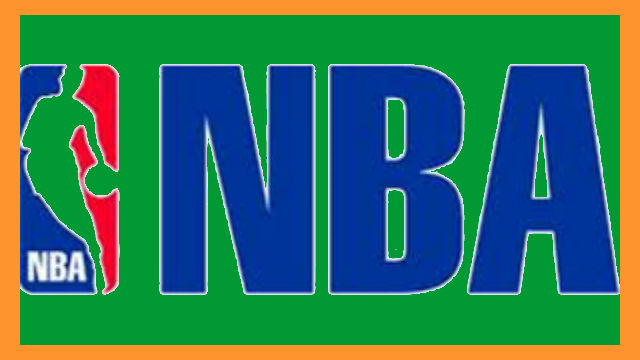 The race to overthrow the Warriors and the Cavs are on full blast as the teams can now negotiate with free agents. Here are some big names who will be seeing new homes: Chris Paul, Paul George, Gordon Hayward, Jimmy Butler, Paul Millsap, Dwight Howard, Ricky Rubio and Taj Gibson.

July 10 update: Jamal Crawford, after betting a buyout from Atlanta, signs a two-year deal with Minnesota, giving the wolves a scoring punch from their bench. Tim Hardaway, Jr. is back with the Knicks after being offered a ridiculously expensive contract by New York. The overpaying offer is almost twice as big as the career earnings of his father. In other developments, the Raptors send DeMarre Caroll to the Nets.

July 8 update: Avery Bradley is traded by the Celtics to to the Detroit Pistons in exchange for Marcus Morris in a move primarily giving the Celtics needed cap space to help pay for free agent acquisition Gordon Hayward.

July 7 update: Kelly Olynyk, waived by the Celtics as a result of the Hayward acquisition, is going to the Heat on a four year deal. On the other hand, Rudy Gay reach an agreement to move to the Spurs on a two-year deal.

July 5 update: While it seems everybody is heading West, Gordon Hayward travels the opposite Direction as he pack his bags from Utah to Boston. The Celtics get Hayward is a two-way player who can create in the pick and roll and spot up from the outside. His size and mobility as a perimeter defender can uplift the small backcourt of the Celtics. He also gives the Celtics another option after Isaiah Thomas and Al Horford. In othe signings, Zach Randolph and George Hill will join the Sacramento Kings, the LA Clippers gets Danilo Gallinari while Jamal Crawford heads back to Atlanta.

July 4 update: Millsap got his bags packing to Denver when the Hawks never give him a contract offer. He will be a perfect compliment to Nikola Jokic, offering veteran leadership and the ability to connect from the perimeter, finish in the paint, recover miss shots and pass. Additionally, the Nuggets can spend cap space what they have the next two seasons and will still have flexibility, having a team option in then third year. This is one of the nicest moves made by the Nuggets in years.

July 3 update: Taj Gibson Signs a two year contract with the Timberwolves. He will probably head the back-up unit behind probable starters Karl Anthony Towns, Gorgui Dieng, Andrew Wiggins, Jimmy Butler, and Jeff Teague. Again, this still does not put them as Western conference favorites, but it is good enough to mention them as one of the possible contenders of the West and teams that will remain relevant for long stretch.

July 2 update: Philadelphia signs JJ Reddick to a 23M, one-year contract and Minnesota brings in Jeff Teague to play point. This makes Reddick the probable starting off-guard for the Sixers. Teague, in the meantime, promptly replaces Ricky Rubio as the Wolves court general.

July 1 update: Last minute trades before the free agency send Paul George and Ricky Rubio to new homes. George is heading to Oklahoma City while Victor Oladipo and Domantas Sabonis  goes to Indiana. On the other hand, Rubio goes to the Jazz in exchange for a 2018 protected first round pick.

The George trade that came out of nowhere essentially installed the replacement of Kevin Durant in OKC and should make them legit contenders in the West, although they are still far from toppling the Warriors. Still, it is  a nice gamble for the Thunder considering Russell Westbrook is in his last year of his current contract and could loss both players next July. Now, they have a shot at keeping both players if team success would only be the factor in retaining them. As for Indiana, they could really have gotten more if they wish to. They must have seen something in Sabonis that we didn’t.

The Jazz gets another shot at a dominant ball distributor who looks to get his teammates involved they once had in John Stockton as Rubio is a creative and impressive playmaker and among the best passing point guards in the NBA. The main difference, however, is while Stockton is a scoring threat from the floor, Rubio cannot connect from the perimeter, leading defenders to sag and eventually provide help defense, making him an offensive liability at times. Rubio, however, is only 26 years old and can still evolve into a team changing floor director for the Jazz.

June 29 update: Chris Paul is now a Rocket. As of now, this move by the Rockets is not enough to make them a serious threat to the Warriors, or even the Spurs, but is good enough to attract another superstar, like a Paul George perhaps, to come to Houston.

He joins those who were traded before the draft in Butler, former slam dunk champion Zach LaVine and Howard as players who will be donning new uniforms.

Butler earlier became a Timberwolf and instantly give Minnesota a veteran presence that can provide steady production in clutch situations. They may not challenge yet the Warriors this year but I can see them as a consistent championship contenders down the road as Karl Anthony Towns and Andrew Wiggins mature into their roles.

On the other hand, the others finding new homes are Howard as a Charlotte Hornet, LaVine and Kris Dunn as Bulls, Brook Lopez as a LA Laker, and D’Angelo Russell and Timofey Mozgov as Brooklyn Nets.

Hayward is targeted by the Celtics, the Heat, or should remain with the Jazz. It seems the Celtics, who are in position to build a team of their choice with seriously desirable assets they possess, reportedly have the inside track in this instance.

See related story: Patience: ‘Will the Celtics cash in?’

Here are some of the players who were rumored to be available via trades since draft day that are still with their original teams, where are they fit, and my takes on them.

The Knicks indicated their willingness to listen to offers to Porzingis, so he is definitely included in this list.

Several teams would likely try to pry him from the Knicks, and true to form, reports indicates a number of teams did inquire. This is more of how much the Knicks can get in return rather than Porzingis’ preference of destination, although he already stated he would still stay in New York.

On a basketball standpoint, if a team has resources to get him, they absolutely should go all out to get him. The downside is Porzingis exhibited signs of becoming a potential team detriment by being insubordinate at such a young age, i.e. him missing his exit interview and not returning calls from the Knicks brass. That could shoo away teams from paying a king’s ransom for him.

I’d like to see the Celtics go for this one. Porzingis’ abilities will provide what the Celtics lack, inside presence and rim protection.

June 29 update: The Knicks firing of Phil Jackson points to Porzingis remaining with the Knicks.

The Clippers are testing the market for Jordan. The notable rumored trading partners are Detroit for Andre Drummond and Phoenix for Tyson Chandler and a draft pick.

The Suns trade is better for both teams in these two choices.

If I were Jerry West though, I will try to convince Paul George to give the Clippers a shot and swap Jordan straight-up. This will give the Clippers a semi-reboot and continue to take advantage of Chris Paul’s still potent ability to lead them to a championship while granting George his wish of playing in LA.

The Pacers, in turn, will get an equitable value for their superstar.

July 2 update: The trade sending away Chris Paul but retaining of Blake Griffin points to Jordan probably staying with the Clippers too.

2       2SharesThis post has already been read 747 times!Biscuit and snack food giant Rebisco is all-out for Philippine volleyball. The main