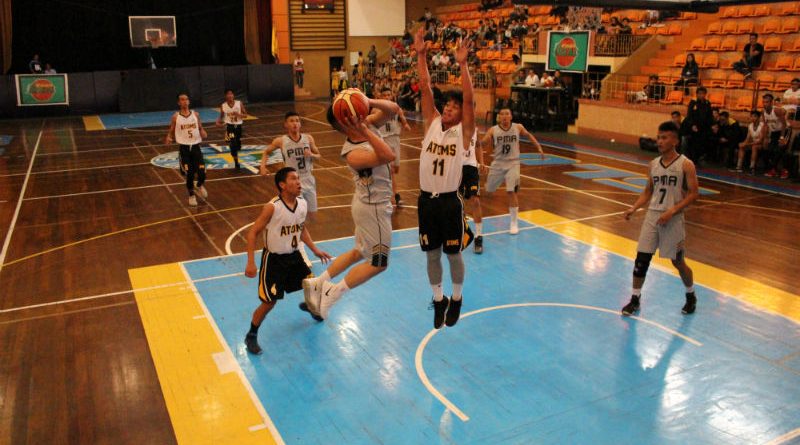 Last October 27, the Navigators finally got one over their closest neighbor and long-time hardcourt rival in long while as they hacked out a thrilling win, the first in nine years. Along with a 71-52 Lady Navigators rout of the PMA Lady Cavaliers last October 28, SLU sent their 2017 season off to a great start.

On the other hand The Atoms and the Admirals needed end game poise to avoid upsets from their underdog opponents.

The Admirals were trailing most of the way in their battle with the Benguet State University Wild Cats last October 30, by as much as 18 at one point, but Paul John Narvaez and Manuel Felix, Jr. combined in the fourth quarter to led the Admirals back in the game.

Narvaez sank a pressure packed, go-ahead triple 30 seconds left in the game to secure the Admirals a win and the claim of best cage team of the country’s Salad Bowl, having routed KCP in their first game.

The Atoms build several comfortable leads at different stages of their game last October 28 but the Cavaliers would quickly pull abreast each time.

As the see-saw battle continued throughout the game, the Cavaliers nearly pulled an upset on last year’s runner-ups as Allan Paul Mendoza made it a one point game 82-81, time down to 20 seconds.

The Atoms, however, canned four conversions out of six attempts from the free throw line by the Atoms during the rest of the game that proved to be the winning margin and preserved the Atoms’ victory.

Meanwhile, the Cavaliers bounced back later in the week from their sorry loss.

The Cavaliers deflected a spirited rally from the Amazing Tigers to bag an 84-79 victory last October 29. The Cavaliers seemed to be cruising to the win as they are up 14 midway through the third but a scoring flurry brought the Tigers back in the game, down by just 2 with 1:26 to go.

A suffocating defense the rest of the way did the trick for PMA as they limit the Tigers to just a solitary point since for the win.