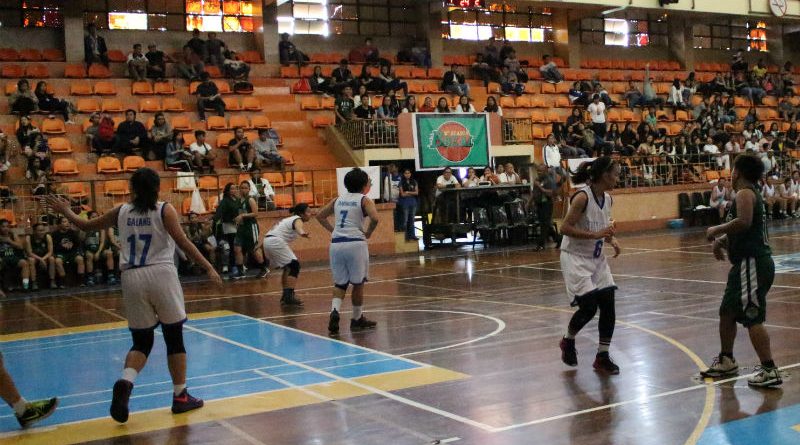 Baguio City – The Saint Louis University (SLU) Lady Navigators rallied to defang the University of the Cordilleras (UC) Lady Jaguars, 94-82, and secured twice to beat advantage over them in the semis while the Jaguars relied on steady shooting to foil the Navs comeback, 81-73, and secure the top seed in the Men’s Bracket A after the first round of the Baguio Benguet Educational Athletic League.

When the Saint Louis University (SLU) Navigators and the University of the Cordilleras (UC) Jaguars met in a men-women double header last November 13 at SLU’s Prince Bernhard Gym, the Jaguars roared off to quick starts, seemingly locked up both matches early, only to watch the Navigators generate furious rallies that had each game tight going to the stretch.

In the distaff side, Anna May Tamondong carried the offensive burden in the crucial stretches while Haidee Grace Balangitan took out UC’s main guns in executing a brilliant box and one ploy to erase a 14 point deficit going to the final canto and complete the Lady Navs’ comeback in overtime.

From a 29-all count with three minutes left in the second quarter, the Lady Jaguars went on a 35-21 run end the third. Adel Dodon 14 while Maybelle Dennis had eight during the run.

Navigators head coach Raymund Austria then pulled out a brilliant counter from his bag of tricks as he assigned Balangitan to shadow Dodon and deny her the ball; and try to attack Dodon’s defense on the offensive end.

While an exchange of baskets ensued to start the fourth still had UC up by 11, 68-59, 5:57 left, the ploy took fruition as Dodon got her fourth foul and was forced to the bench.

With Dodon out, Balangitan turned her sights on Dennis on defense and scored eight points on the offensive end to lead the Lady Navs’ 22-9 tear, knotting the count, 72-all, just a fraction over two minutes left in regulation.

The Lady Navs would try to end things as they scored first in the next three scoring instances but the Lady Jaguars answered each time. SLU had the last say in regulation to put the game away but Danalyn Mae Galang fumbled an open lay-up to sent the game in extra minutes.

Tamondong drove to the basket early in OT to give SLU a big break as she also fished Dodon’s final foul and sent her to the showers. Tamondong made her two freebies and a another basket to start a 6-2 run that made it 86-80.

After Vhan Arcilla scored a basket to make it a four point game, SLU dumped an 8-0 blast, including a back-breaking Mary Denise Espejo triple on a feed by Tamondong, to end the game.

Tamondong lead the Lady Navs with 25 points, nine of them coming in crunch time. Maria Kaila Rose Maligsa added 19, mostly coming in the first half, while Balangitan chipped in 18

The Jaguars got their revenge in the men’s draw. They opened a 14 point lead in the first but had to settle to a six point lead after the first, 22–16, as the Navigators continued the trend of charging back each time the lead reaches a boiling point, dropping a 10-2 run. Another exchange of runs made it 34-31, still in favor of the Jaguars.

It was UC head coach Albin Santos who turn to pull a rabbit out of his hat, sending his men to a full court press and jumpstart them again to a another good leap. That rattled the Navigators offense and enabled them to increase the lead to nine, 55-46.

The Navigators continued its charge to outscore the Jaguars, 19-12, and tied up the score at 71-all, 19-12, 1:30 left in the game and give the men in green another scare of a late-game meltdown.

The Jaguars, however, doused cold water on the comeback attempt by limiting the Navigators to just a basket the rest of the way and pouring in 10, the last four coming from the 15-foot line, to ice the game.