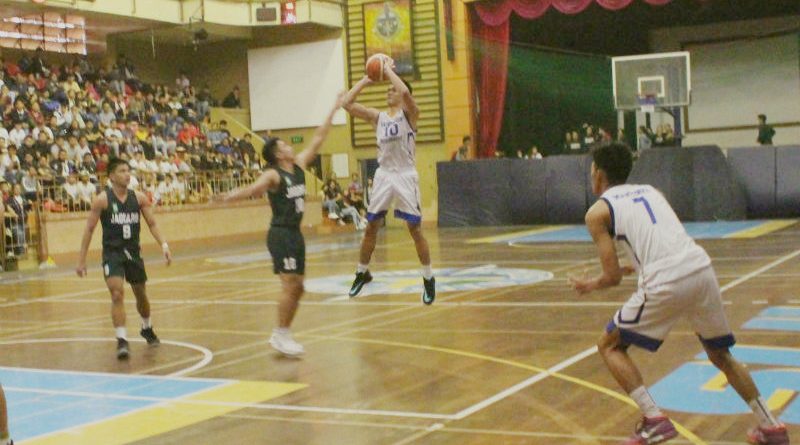 Justin Paul Madriaga (Number 10 in photo) sank a triple with about a minute left in the third and Barrientos drove to the basket against two Jaguar defenders in the ensuing play to push SLU ahead from a close game and give the Navigators a 14-point cushion, 57-43, going into the fourth to the delight of the home crowd.

The Jaguars responded with full court presses to close the gap and last threatened  at 67-62 with a minute and a half remaining.

The Navigators, however, called time and were able to find their man, Gonzales, wide open underneath the basket in the inbound to seal the win.