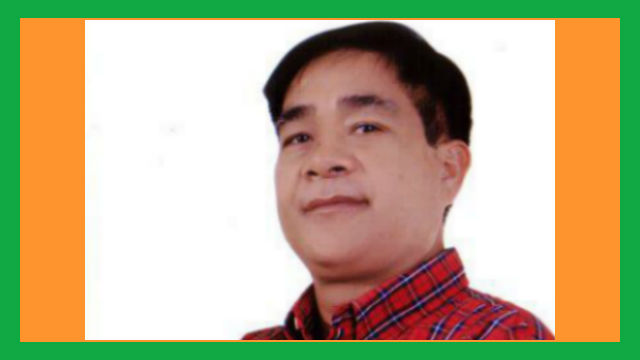 PARACELIS, Mountain Province – Natonin Mayor Mateo Chiyawan was the guest of honor and speaker of this year’s street dance and cultural presentation of the 56th Town Fiesta and 3rd Kakarayam Festival of Paracelis town held on June 16, 2018.

In his opening statement, Chiyawan related that “it is a great privilege and opportunity for Natonin to visit its daughter Paracale, the old name of Paracelis”. He further said that Paracale was once a barangay of Natonin and became separated as a distinct municipality by virtue of  RA 3488 that was signed on June 16, 1962. It was later on renamed as Paracelis on June 18, 1966 under RA 4738.

Chiyawan anchored his speech with the town fiesta’s theme, “Ituloy tayo iti panagkaykaysa para ti panagdur-as ken kapya”. He emphasized that despite tribal diversity, the residents of Paracelis must come together as one, one people and one identity.  He further said that “if an individual goes out of the municipality, he or she should introduce himself or herself as i-Paracelis, not his or her tribe”.

The guest of honor and speaker re-iterated for the people of Paracelis to maintain peace and order because this is very crucial in community development.

Paracelis Mayor Avelino Amangyen, on the other hand, shared his vision that Paracelis will soon become a city in Mountain Province. According to him, the municipality possesses a wide area that can be developed, which will generate more revenues, and has  population that is growing progressively.  Another justification, he pointed out, were the good performances of the municipality for the previous years  that were manifested by several awards received as among the best local government performers in the country, otherwise known as the Seal of Good Local Governance.

As tokens, the victors were bequeathed cash gifts and scholarship grants for 2 semesters by the municipal government of Paracelis, and free beauty gift packs and 1 year free facial care by the D’Blue Purple Spa & Beauty Salon.

In the street dances and cultural presentations, Barangay Bantay was adjudged as the 1st placer. The succeeding winners were as follows; Bunot-2nd place and Bacarri-3rd place. Buringal was rated as  darling of the crowd, Butigue as the most harmonious barangay, Palitod as the most alive group and Poblacion 1 as the most creative performers.