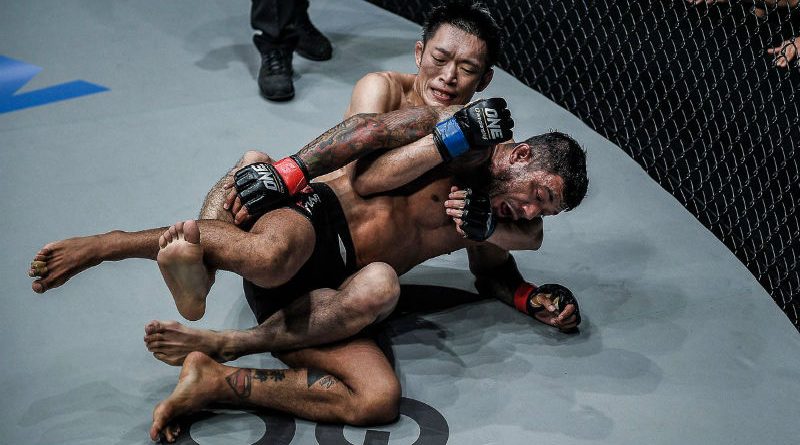 Taking place at the Jakarta Convention Center, ONE: CONQUEST OF HEROES on 22 September features a highly-anticipated strawweight championship rematch between two-time division kingpin Yoshitaka “Nobita” Naito and Joshua “The Passion” Pacio as its headliner.

Both men initially crossed paths in October 2016 when Pacio challenged Naito for the ONE Strawweight World Championship in the main event of ONE: STATE OF WARRIORS.

“He (Pacio) is young, agile and tenacious. I can’t forget every bit of what transpired in that match nearly two years ago. He really wanted to win the world title. It was tough,” Naito recalled.

Naito might have won the battle against Pacio, but he encountered perhaps the most difficult test of his professional career as he had to squeeze himself through the eye of a needle to retain the gold-plated strap.

The Japanese submission specialist had to endure two grueling rounds before he pulled off a come-from-behind victory by submitting Pacio with a rear-naked choke in the third round to keep the ONE Strawweight World Championship belt around his waist.

“I’ve never had an opponent who’s defended well against my tackles, so it was tough. I usually get my foe to the ground easily. His punches and kicks were very heavy. It really hurt when it hit me,” he explained about his cage meeting Pacio.

Pacio appeared to be on his way to becoming the youngest Filipino athlete to capture a world title in mixed martial arts as he had every answer to Naito’s attacks in the first two round.

Naito was finally able to get the fight to where he wanted with a successful single-leg takedown in second frame, but Pacio remained active on the ground by landing elbows and keeping his shoulders off the ground while looking to create space with his legs.

The intricately-crafted hardware was within Pacio’s reach, but it only took one mistake to crush his championship aspirations as Naito fastened a rear-naked choke to force the tap.

Naito admitted that Pacio pushed him to his limit, describing the bout as a life-ending experience.

“Joshua is a tough opponent. I really thought I was going to die. I was very tired,” he disclosed.

Naito and Pacio will share the ONE Championship stage once more on 22 September, and the 34-year-old Japanese champion expects another stringent clash with the Filipino dynamo.

“He has grown tremendously. His skill as a fighter was already impressive when we first fought. He has evolved into a dangerous martial artist. For sure, he wants some revenge. I am expecting it,” he stated.

Since his defeat to Naito, Pacio has won four of his last five contests and has finished three top-level adversaries in a row to punch his ticket to a second shot at gold.

Like Pacio, Naito showed how far his skills have improved in his recent ONE Championship outing, where he edged out Brazilian rival Alex “Little Rock” Silva in a rematch via split decision to reclaim the strawweight crown.

Naito seeks to accomplish an encore performance against Pacio, who has been handed a golden opportunity to become a world champion and settle the score with the man who first tainted his then-spotless mixed martial art record.

“I can’t be complacent against him. He is tough as nails. Giving up is not his style. I am determined to keep my belt. I am confident of my skills. My martial arts, my grappling, my conditioning – all of that makes me confident,” he said.

Despite the impression that Naito will still have his hands full in his second date with Pacio, the proud titleholder from Chiba, Japan believes that his cage experience will spell the difference and history will repeat itself in the rematch.

“I will do what I need to do this coming September, which is to win. I have the championship experience. I can do it again. It’s going to be the same story. I will still be the champion,” he confidently declared.