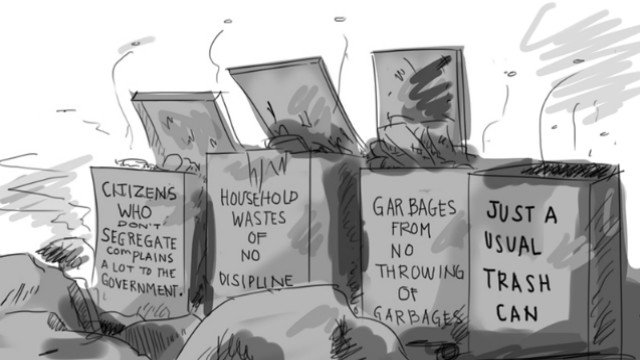 A number of local governments nationwide have a difficult time finding lasting solutions to their solid waste problems nearly two decades since the implementation of the provisions of Republic Act (RA) 03 or the Ecological Solid Waste Management Act of 2000 . The law clearly mandates all local governments to close their open dumpsites and established their own controlled dump facilities or engineered sanitary landfills for the proper disposal of their solid wastes. The implications of this for the health of both the people and the environment cannot be compromised.

Further, the law outlines the penalties against erring officials who do comply with the requirements of the law within a period of ten years from its effectivity. The concerned agencies in charge of implementing the solid waste management law have already issued a final warning to the local government officials who have not yet complied with the establishment of environmentally-friendly disposal facilities or else they will face the consequences of their inaction.

On the other hand, it is important for us to understand the predicament of local governments why they cannot comply with these provisions. Some of the reasons for this failure are the difficulty of local governments in locating a suitable land for the put up of the environmentally-friendly disposal facilities, the failure of host communities to pass the required social acceptability for such solid waste disposal projects, the issue on the squatting of prospective sites, the competence to select from the numerous

state-of-the-art technologies on solid waste disposal and the excessive funds required for the put up of dump facilities.

Inter-local government cooperation and partnership are important in addressing this important issue. Addressing the garbage problem needs a multi-approach that should start from the bottom up to the top that involves sincerity among us.

Local governments have already spent billions of pesos in public funds in the disposing garbage. With these billions, there really is gold in garbage. Some localities had been successful because their local officials had the political will to make things work. It takes guts for politicians to address garbage disposal beyond popularity.

People may not fully understand the benefits of appropriate solid waste disposal facilities in their communities because of their fears of alleged proliferation of health problems, pollution among others, that tend to affect their living condition. It must be made clear that when people properly dispose of their waste, local governments will not be having serious problems on how to address the tons of garbage that pile up along the major roads and public places. There had been recommended measures on how to deal with the garbage problem right at the household level but the lack of discipline among the populace remains the primary culprit in this garbage problem.

Each of us plays a key role in garbage generation, collection and disposal cycle. Strict compliance to garbage segregation at source has been proven a sustainable solution. It greatly contributes in significantly lowering the volume of residual waste being dumped in controlled dump facilities inside and outside the areas of jurisdiction of local governments.

The matter on proper garbage disposal boils down to the values of the individual. We have to go back to the basics of properly disposing our garbage and inculcate the same to our family members, relatives and to the people in the community. Let us play an active role in effectively and efficiently addressing the brewing garbage problem where we are. The government cannot just be left to do the collecting and hauling of our own waste. Our taxes can be put to better use for our own benefit instead of simply being spent on garbage we ourselves dumped. Let us also contribute to the solution by confining our garbage in our homes and properly disposing them through proper means.

If we point the finger on government for our garbage woes, remember that more fingers point to us. It behoves us to start reflecting how we create our own waste and the way we dispose them.