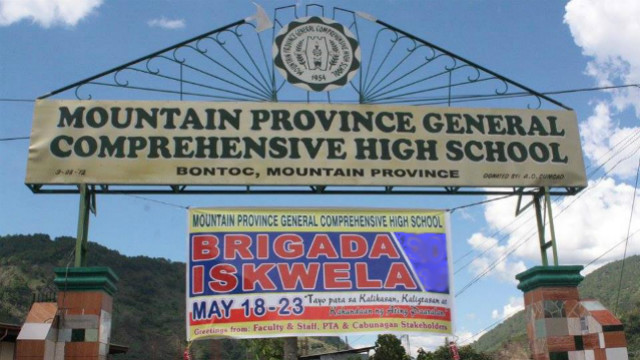 The awards is to recognize schools that excelled in implementing the Brigada Eskwela with the involvement of the stakeholders such as the Parents-Teachers Association (PTA), the schools, and the Department of Education.

The Brigada Eskwela is the national school’s maintenance week that aims to bring all the education stakeholders to participate and contribute their time, effort and resources to prepare public school facilities ready for the opening of classes in school year starting the month of June.

The Brigada Eskwela program is not just a tool for improving the school facilities, but also as a catalyst for achieving a higher learning outcome for the school.

For MPGCHS, the Brigada Eskwela was done from May 15-20, 2-17. The total collections, in cash and in kind, amounted to P417,813.17. The national data revealed a more than P16 billion total collections nationwide.

The value of the labor rendered were not monetized nor included in the total.

There were 1,108 volunteers this 2017 who constructed the faculty room of the Senior High, fixed desks and tables, and constructed additional classrooms, among others, compared to only 529 volunteers in 2016.

According to Atkinson Tudlong, the Parents-Teachers Association (PTA) was more responsive this year leading to the many accomplishments and to the garnering of the prestigious award.

MPGCHS was earlier recognized as the regional awardee for the Cordillera Administrative Region last November.

Tudlong is hoping that similar support or more will be expressed next year so that the school will become a hall of famer in the Best Implementer Category.

Pascuala Teelan said that “we should surpass our accomplishment this year”, meaning the total amount must be exceeded next year to be able to win again.

She echoed the sentiment of the principal in soliciting more support from the stakeholders such as the PTA, community, and the school.

On the part of the PTA, there would be more to be done next year.

Grace Panitew expressed optimism that the school will repeat its accomplishment next year hoping that more support, in cash or in kind, will be provided.

The MPGCHS is the largest public school in the capital town, if not in the whole province, in terms of student population.