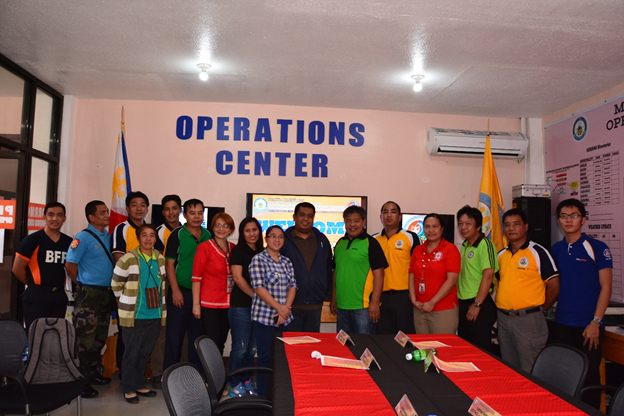 Mountain Province is among the three provincial government nationwide to qualify for the coveted award in terms of excellence in disaster risk reduction and humanitarian assistance. Other finalists include the provinces of Isabela and Dinagat Islands.

Last September 27, the National Selection Committee for the Search for Excellence in Disaster Risk Reduction and Humanitarian Assistance headed by Joselito S. Magumun of the Department of Interior and Local Government (DILG) Central Office conducted field validation in the province.

The province is shortlisted for the 19th Gawad Kalasag national awards this year after winning in the regional level. With the further improvements of its services, equipment, and personnel it is able to reach the national level.

Magumun commended the PDRRMC of Mountain Province for its resourcefulness and adaptability vis-à-vis financial constraints in disaster risk reduction management. Mountain Province is a 4th class province with a limited budget as compared to other local government counterparts in the country.

The DILG official guaranteed a national spot for Mountain Province, ranking from 1st to 3rd, for the Gawad Kalasag awarding ceremony in November.

Governor Bonifacio C. Lacwasan Jr. applauded the members of the PDRRMC for their efforts and initiatives in disaster risk reduction and management.

“What we have reached so far is because of the collective efforts of the members of the council. This showcases our resilience and unity as people of Mountain Province,” Lacwasan said.

Meanwhile, Atty. Edward F. Chumawar Jr. of the PDRRMO attributed the award to the solid spirit of volunteerism and “Og-ogfo” or “Bayanihan” which are embedded in the culture of the people. He also attributed it to the strong support of the provincial officials in the programs of the provincial government, particularly that to the PDRRMO.

Gawad Kalasag is the principal mechanism by which the National Disaster Risk Reduction and Management Council (NDRRMC) advances and promotes awareness of the best practices of DRRM and humanitarian response and action including climate change adaptation programs.