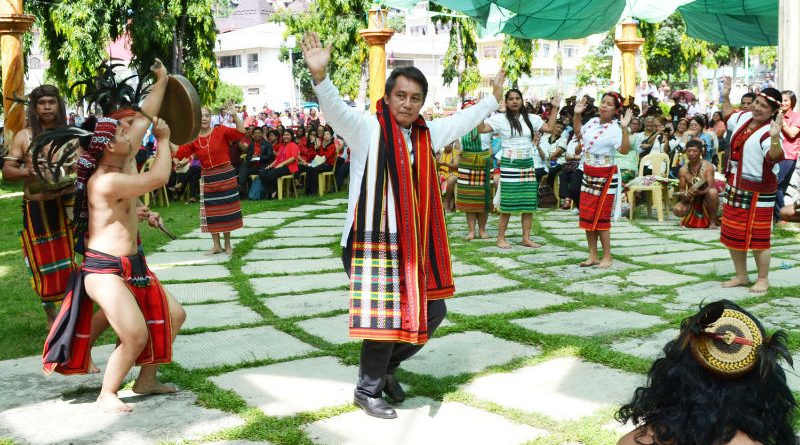 BONTOC, Mountain Province  – Kalinga Rep. and newly designated Mountain Province caretaker lawmaker Allen Jesse C. Mangaoang assured local officials and residents of the province that there will be equitable sharing of resources earmarked for the overall development of the landlocked province.

Speaking before the regular Monday flag raising ceremony at the Provincial Capitol, the caretaker solon believes Kalinga and Mountain Province have common needs in terms of development that is why he will not encounter difficulties in making representations with concerned government agencies for the provision of needed funds for priority development projects and enhancement of the delivery of basic services to the people.

Mangaoang, who traces his roots from Mountain Province because his mother is from Sagada, rallied the support and understanding of local officials and residents because he said he will continue the unfinished legislations of the late Rep. Maximo Dalog, Sr., especially the realization of the university status of the State-run Mountain Province State Polytechnic College (MPSPC) and the overall infrastructure development of the 10 municipalities to boost inter-municipal, inter-provincial and inter-regional connectivity needed for economic growth.

He pointed out Dalog, who succumbed to kidney ailment two months ago, had a strong legislative and development agenda for the province and he does not intend to deviate from the said agenda so as to complete the legacy the late representative left for the province.

According to him, he will make his presence felt in the province but he underscored that he will also have to spend some of his valuable time to attend to the needs of his constituents in Kalinga who voted for him as their representative to the lower chamber of Congress.

Mangaoang added now that the deliberations for the proposed P3.656 trillion national budget is underway, he will also look into the inclusion of Dalog’s priority concerns to the programs of concerned government agencies to help sustain the uninterrupted development of the province, the vision of former provincial officials who were not able to complete their terms of office after succumbing to illnesses.

With the death of Dominguez, then Kalinga Rep. Manuel S. Agyao served as the province’s caretaker solon.

Mangaoaong underscored being similarly situated with his home province of Kalinga, constituents must closely work together and be united in working towards the overall development of each provinces to realize their desired economic growth similar to the development of the neighboring provinces in the Ilocos and Cagayan Valley regions.