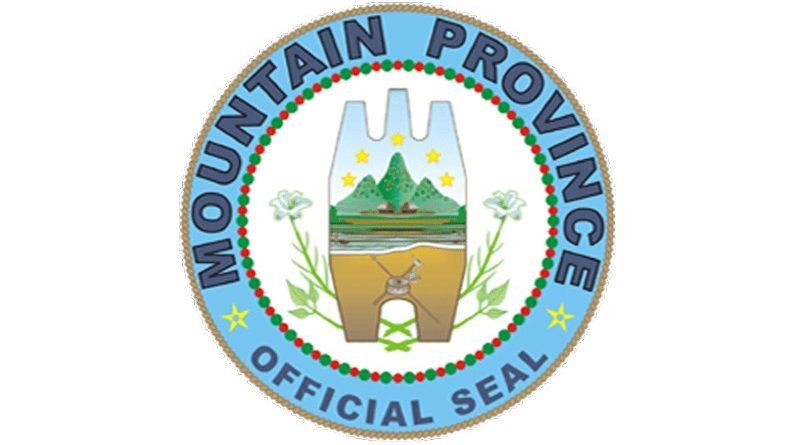 BONTOC, Mountain Province – Sangguniang Panlalawigan member Alexandre Claver joined his Creator on October 22, 2021, after he reportedly collapsed during a wake he attended at Barlig, Mountain Province, and was rushed to the Barlig District Hospital. He was 50.

Per post in the Provincial Government of Mountain Province Facebook Page, Claver together with some church members of Sta. Rita de Cascia Parish went to Latang, Barlig for a wake when he suddenly collapsed. Cardiopulmonary resuscitation (CPR) was immediately administered to Claver by a PNP nurse and was revived. He was then rushed to the Barlig District Hospital and was given immediate medical attention, but was later pronounced dead.

Mayor Franklin Odsey who extended the deepest sympathies of the people and officialdom of Bontoc to the bereaved family remarked that Claver who is popularly known as “Andre” was a vibrant individual with a rare friendliness and a charm of personality.

“He was a man filled with the joy of living. He was a loving husband, a devoted father, and a caring son to his parents. He was also a good friend to many and a great colleague. In his political career, he worked with passion, integrity, commitment, and energy,” the mayor said.

The mayor added that governance and politics are not new to Claver. With his family’s political background, having served as confidential executive assistant of his father as former mayor and vice governor, he easily won a seat as councilor and board member.

Odsey mentioned that Claver earned his respect as he confidently voiced his objection in giving full blanket authority to the Local Chief Executive on decision making. The mayor said that Claver recognized that in governance, the authority given must be subject to review and confirmation as check and balance.

Vice Mayor Eusebio Kabluyen and Sangguniang Bayan member Alsannyster Patingan who represented the council in their tribute to Claver, seconded the pronouncement of the mayor. They reminisce about Claver, not only as an effective and persistent legislator and committed public servant, but also a responsible family man.

Patingan shared that Claver is probably the most mild-mannered and even-tempered legislator he ever had a chance to work with. He narrated how Claver participated in the discussion in council sessions but maintains his composure even in heated arguments.

“He maintains that cool, almost self-assured persona which allows him to view the issues with clarity, and thus, avoid making knee-jerk and emotional comments or reactions to vital issues.

His confident composure is almost always a welcome relief and rallying point during the sessions of the Sangguniang Bayan,” Patingan reminisced.

Patingan mentioned that Claver was instrumental in the crafting of the ordinance revising requirements for the issuance and/ or renewal of Municipal Tricycle Operator’s Permit. He was also co-author of an ordinance opening 100 additional tricycle franchises in Bontoc to allow the registration and operation of more tricycle units to serve the riding public and an ordinance imposing new speed limits for implementation in the municipality.

The Municipality of Bontoc expressed its condolences with the bereaved family and at the same time expressed their gratitude for his selfless service as a public official and his contributions for the good of the people and the municipality. This is through a Sangguniang Bayan Resolution that Mayor Odsey, Vice Mayor Kabluyen and members of Sangguniang Bayan handed over to the bereaved family.

In response from the family, Alexandre James Claver, son of Alexandre Claver expressed their family’s profound gratitude for the overwhelming support and prayers.

The young Claver expressed hopes that their father may continue to work by inspiring everyone; especially those in public office that they may work and accomplish what they have pledged and are expected to do.

“I hope his memory will help others to be motivated and to be good citizens in the community. May his work and accomplishments stay as an inspiration to us all,” he added.

For his educational background, he finished his elementary and secondary education at the Saint Vincent’s School. He pursued his college education at the Baguio Colleges Foundation (now University of the Cordilleras and graduated with a Bachelor of Science in Commerce in 1993. He then enrolled in the College of Law in the same school and graduated in 1999.

From 2007 to 2010, he worked as the private secretary of his father, who was then the vice governor of Mountain Province.

He then became one of the Executive Assistants of the late Governor Leonard G. Mayaen, handling the Mountain Province Student Financial Assistance Program (MPSFAP), one of the special programs of the provincial government catering to poor but deserving college students studying within and outside the province.

Following his father’s footsteps to enter into politics and his willingness to serve his hometown, he resigned as an Executive Assistant and filed his Certificate of Candidacy (COC) for Councilor of Bontoc in 2016 and won.

He then ran for President of the Provincial Councilor’s League and won, thereby, giving him a seat as an Ex-Officio member of the Sangguniang Panlalawigan. As the president of the PCL, he does not only serve the people of Bontoc but the province as a whole. His three years as an ex-officio member of the Sangguniang Panlalawigan challenged him to do more for the good of the people and the province. With this, he filed his candidacy for Board Member of District I for the national and local election in May 2019 and landed a seat.

As an aside, he was a member of the Knights of Columbus and an adviser to the Federated Transport Group of Mountain Province.

His training, experience, and expertise as legislators are qualities that prompted him to run for vice governor in the 2022 national and local election with Bontoc as his political base.

He is survived by his wife Cleone Sangayab-Claver; his three children (Louigo Lapaan, Sadja Lacfen, and Alexandre James); his parents, Atty. Louis Claver II and Milagros Taleon-Cawed, and his six other siblings. By Alpine L. Killa

This post has already been read 2604 times!The city identified some twelve priority investment areas that are expected to contribute in efforts