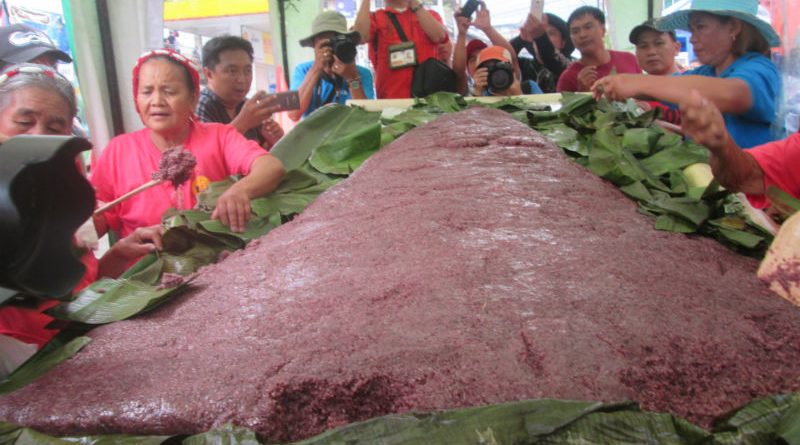 BONTOC, Mountain Province  – The provincial government is all set to manage this year’s 14th Lang-ay Festival including the 51st Founding Anniversary of the province with the theme “Nurturing the Homeland, Keeping Cultures Alive” this coming summer.

The Lang-ay Festival Organization, a partner private organization headed by Mr. Paulino Tumapang, said its members opted to participate in the management of the yearly event in their private capacity.

Through the newly created Lang-ay Festival Committee chaired by Board Member Tomas A. Tawagen,  IP Mandatory Representative, and co-chaired by Ms. Leonilla Milagrose F. Malla-ao, Provincial HRMO, the festival activities have been all set for the weeklong festivity on April 2- 8, 2018.

New activities and innovations have been introduced to make the festival more festive as announced by Governor Bonifacio C. Lacwasan, Jr., during the launching of the province’s twin events last January 8, 2018 at the Provincial Plaza.

“This year, the provincial government has reassumed the responsibility so I challenge all the different working committees to work double time. You should think of new ideas and new activities to make the coming festival merrier and more meaningful,” he told the audience mostly composed of government employees.

Among the new activities included is the Night Jamming on the eve of the opening day of the festival on April 2 at the frontage of the Multi-purpose Building, and Lang-ay Night on the evening of the Foundation Day and Lang-ay by the Street on April 6, 2018. A stretch of the national road in the capital town will be closed, from road intersection beside the Shell station to the rotonda, in the afternoon till midnight for the activities.

Indigenous foods, fermented drinks, wines and beverages including products from the ten municipalities and from the business establishments will be sold amidst the sounds from the local bands which will render a free concert.

The street dancing contingents will consist of 2 sets of performers. First will be the chanters composed mainly of elders chanting their own respective traditional chants, followed by the children street dancers.

Another is the inclusion of nightly events to make the Lang-ay festival more lively and festive composed of various entertainments offered at the Provincial Plaza that may include concerts, cultural songs and dances, magic show, etc.

Both Tawagen and Malla-ao, during the Lang-ay Festival Committee meeting, expressed appreciation to the private and business sectors’ continuous support and participation.  Some suggestions and innovations from the private sectors have been also considered in the planning process.

Schedule of events starting April 2- 8, will be soon posted in conspicuous spaces, published and uploaded to social media after all the working committees have come out with the final activities and schedules.