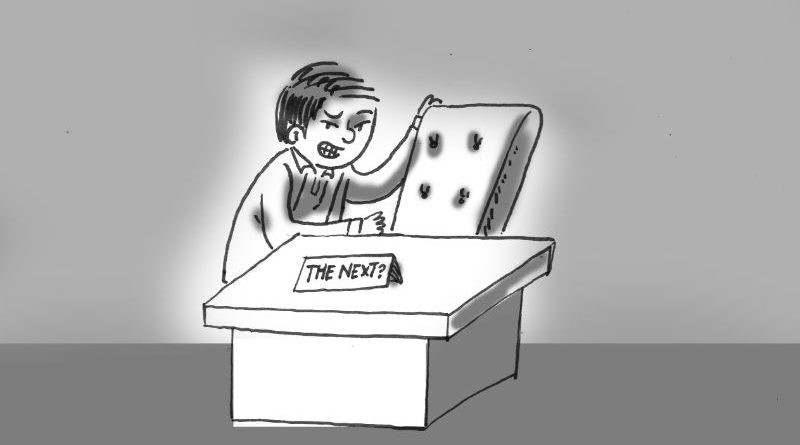 The Philippine Constitution and other related laws, rules and regulations specially provides that the law of succession will be used as a general policy in case there are vacancies created due to incapacity or eventual death of local officials. Under the law of succession, the next in rank official will automatically be elevated to the vacated post. In the case of vacancies in the local legislative bodies, the party that created the vacancy will have the right to nominate the replacement to the position of barangay kagawad, municipal or city councilor and provincial board member who will either be appointed by the local chief executives and the President in case the officials are councilors or board members.

However, vacancies created in the House of Representatives, because of the untimely demise of duly elected lawmakers or incapacity of the one holding the said position, could be filled up through the conduct of special elections in the legislative district that the vacancy has existed or the House Speaker will appoint  a temporary caretaker congress representative from among the members of the House to attend to the concerns of the orphaned district.

In the Cordillera, the late Kalinga Rep. Manuel S. Agyao served as the caretaker Congress representative of Mountain Province when the then Rep. Victor Dominguez passed away as there were no special elections scheduled despite the clamor of the people for the conduct of the same considering the over two years remaining in the unexpired term of the deceased lawmaker. In June 2017, Kalinga Rep. Allen Jesse C. Mangaoang was appointed as the caretaker Congress representative of Mountain Province after the late Rep. Maximo B. Dalog, Sr. died and similarly, there was no special elections.

On December 18, 2019, the late Benguet Rep. Nestor Fongwan, Sr. died after a long bout from a lingering illness causing a vacancy in his position more than two years and  half before the lapse of his supposed 3-year term. The situation in Benguet was a total reversal of what had happened in the past because amidst the nomination of the Fongwan family for Mountain Province Rep. Maximo Dalog, Jr. to be the caretaker Congress representative of the province, the House of Representatives approved the option of Deputy Majority Floor Leader Jesus Xavier Romualdez for Anti-Crime Through Community Involvement and Support (ACT-CIS) Party-list Rep. Eric Go Yap to serve as the province’s caretaker Congress representative to serve the older Fongwan’s unexpired term. Subsequently, the Benguet provincial board passed a resolution requesting the House of Representatives through House Speaker Allan Peter Cayetano to allow the conduct of special elections for the vacated congressional post in the province considering the remaining over 2 years in the term of the deceased lawmaker.

In his  initial dealings with the members of the Fongwan family, Yap assured the people and officials of Benguet that smooth transactions and operations of the congressional district and Manila-based offices will continue aside from promising he will advance the advocacies of the late Congress representative that include the creation of a second congressional district in the province, the increase in the bed capacity of the Benguet General hospital among other important legislations beneficial to the different sectors in Benguet.

The Fongwan family are appealing to the people and officials of Benguet to respect the decision of the House on the matter and start working with the caretaker Congress representative to avoid the occurrence of situations that will have serious negative impact to the sustainable growth and development of the province.

We certainly believe high-end politics was employed in the appointment of the province’s caretaker Congress representative for reasons we do not know. We agree to the earlier contention of Mankayan Mayor Frenzel Ayong that the appointment of the province’s caretaker Congress representative who is a non-Cordilleran should be viewed in a positive way because it might open the floodgates of Benguet being given the opportunity to shine through the intervention of the caretaker lawmaker. What is important is there is a clear assurance from Rep. Yap that he will devote his time to work for the welfare of the people of Benguet considering that he does not have a legislative district to represent as party-list groups are considered to have a national scope, thus, he will be able to channel his priority development funds exclusively for Benguet depending on the justifiable requests that will be submitted by the concerned sectors.

This is a new experience for Cordillerans and we might want to be open-minded about this kind of arrangement. Let us try to closely work with the caretaker by submitting to him our proposals and see what he can do for the sustainable growth and development of Benguet. Let us not allow our parochial interests to prevail in this issue because it might ruin our efforts to seek what is good and right for Benguet.

Let us be hopeful that Rep. Yap will be productive in his mission to advance the welfare and interests of the people of Benguet even if he is not a native of the province.

8       8SharesThis post has already been read 2737 times!The city identified some twelve priority investment areas that are expected to contribute in efforts