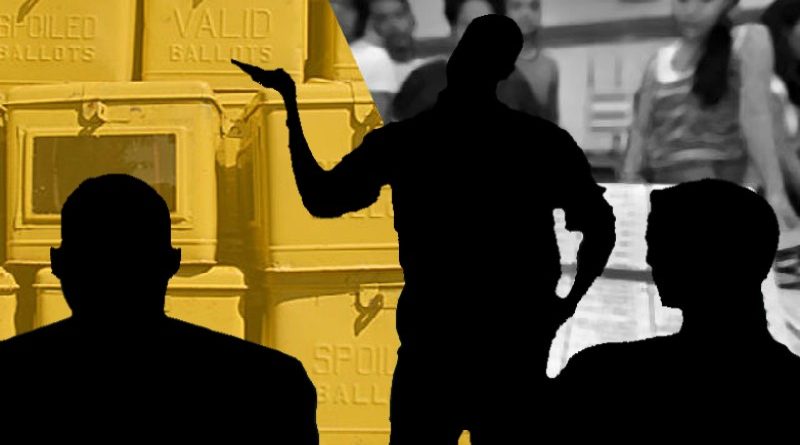 BONTOC, Mountain Province – Concerned sectors in the province urged politicians to stay away from the distribution of benefits to identified recipients to prevent the programs, projects and activities from being tainted with political color because of the upcoming May 9, 2022 synchronized national and local elections.

While incumbent officials are obliged to attend the gatherings organized for the distribution of benefits to the identified recipients of government programs, projects and activities, sources who requested anonymity for personal reasons, pointed out that it is improper for elected officials to bring along with them their party mates who do not even have a part in the said activities to grace such occasions and be recognized as their party mates.

The source argued that funds for the said government programs, projects and activities came from the taxes paid by the people so it is improper for elected officials to claim ownership of these and give undue advantage to their party mates by being visible to the public during the activities that had been organized purposely for the distribution of benefits for the identified recipients of various programs, projects and activities of concerned government agencies and local governments.

According to observers, there are some elected officials who bring along with them their party mates in attending the various programs, projects and activities of concerned government agencies and local governments even if the latter had not been invited just for them to have added exposure to the public thereby giving undue advantage to them in gaining the attention of the electorate.

The source added that politicians should comply with marching orders from a number of agencies reminding politicians not to be visible during the distribution of benefits to recipients of government programs and projects to avoid them from using these to advance their personal and political interests thereby gaining undue advantage over their rivals who do not enjoy the same privilege granted to them being incumbent local officials or close to officials.

Further, it might be enough for organizers of programs, projects and activities to invite heads of offices to grace their activities but not for a whole political team to be visible in public gatherings because this defeats the purpose of gathering beneficiaries of programs to highlight the benefits from government and not the politicians.

The source asserted that during the distribution of benefits to recipients of the various government programs, the recipients are ones in the limelight and not the politicians who are most of the time gate crushers to such events.

The source challenged politicians to have delicadeza and have the decency to avoid being accused of using government events for their electoral campaign.