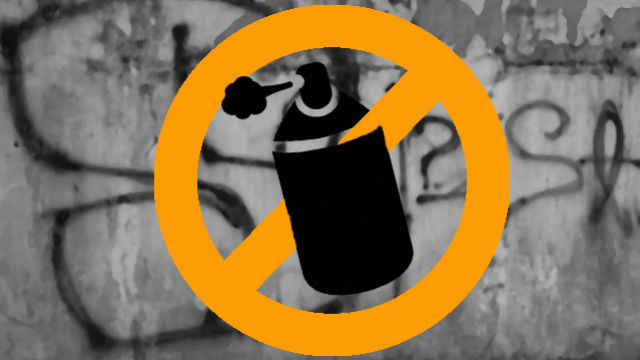 BAGUIO CITY – The Anti-Graffiti Task Force (AGTF) chaired by Mayor Mauricio Domogan is reiterating its plea for barangays to send their representatives for training in order for them to assist in the Summer Capital’s on-going campaign against illegal graffiti.

AGTF operations head Rosalio Goze said that except in a few barangays, the program against illegal graffiti is still experiencing difficulties.

“Graffiti is continuing in several areas of the city where the anti-graffiti ordinance is not being keenly implemented,” he claimed.

Domogan has also directed police personnel to step up their apprehension of violators of the city’s anti-graffiti ordinance.

“These acts of vandalism should be dealt with and not taken for granted,” he stressed.

Goze added that the group continues to conduct lectures and trainings for volunteers at the AGTF office at Baguio Convention Center.   They can be reached at tel. no. 442-4114.

He revealed that about 75 representatives from 38 barangays have undergone the training-seminars so far.

He said trainees are given the general overview of the Anti-Graffiti code; the process of gathering inventory of illegal graffiti in their respective areas; the actual information campaign; the proper way of removing illegal graffiti, and more. Except in a few barangays, the city’s on-going campaign against illegal graffiti is still experiencing difficulties according to Anti-Graffiti Task Force (AGTF) operations head Ross Goze.

Earlier, volunteers from various sectors including media have expressed their full support to the city’s Anti-Graffiti Ordinance that was approved several years ago.

Goze said those in media will support the program’s information and education campaign while other volunteers will assist in inspecting, evaluating, painting over the graffiti and others.

The code defines graffiti or graffiti vandalism as “any unauthorized  inscription, word, figure, painting or defacement that is written, marked, etched, scratched, sprayed, drawn, painted or engraved on or otherwise affixed, to the extent that the graffiti was not authorized in advance by the owner or occupant of the property, or despite advance authorization, is otherwise deemed a public nuisance.  It shall include all types of unauthorized markings amounting to vandalism and public nuisance.”

It also mentions other prohibited acts, penalties to be imposed for violations and other pertinent details for its proper implementation.