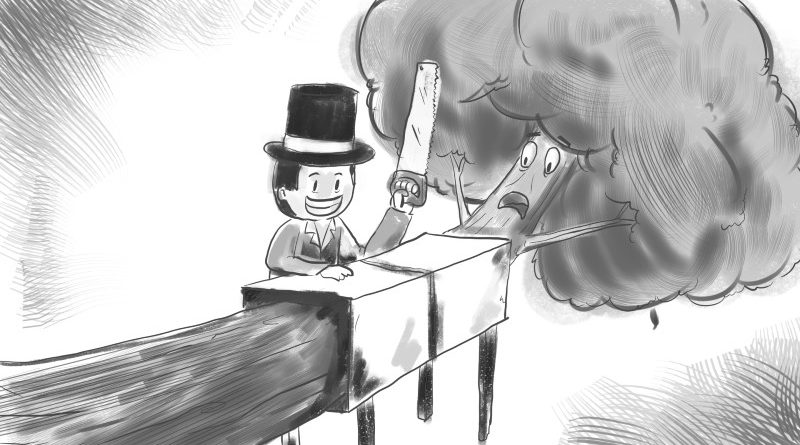 In the early 1900s, Baguio City was a bastion of pine trees and other tree species that thrive in the highlands which convinced the country’s American colonizers to make the city s their rest and recreation area. For the past century, the naturally grown trees continued to thrive amidst the influx of people to the city as it developed into the center for education, trade and commerce, not only for the highland communities, but also for those from the lowlands.

The declaration of Baguio City as a chartered city, second to Manila, by no less than the Philippine Commission on September 1, 1909, paved the way for the start of its journey towards development into what the city is now known, one of the country’s premier tourist destinations and the undisputed Summer Capital. Truly, Baguio City was known for the famous pine scent even while approaching the city proper from the lowlands passing through the scenic and historic Kennon Road with the pine-clad mountains welcoming visitors. Indeed, the trees served as the city’s shield against the humid tropical weather of the lowlands, maintaining the cool and romantic weather that enticed people to frequent the city to be able to escape from the scorching heat of the sun during the summer months and for them to enjoy the fresh air that the city has been proud of for over a century.

Baguio City had its own share of disasters during the previous century, the air strikes during World War II that started and ended in the city, the burning of several well-known structures like the Pines hotel, and the July 16, 1990 killer earthquake that sent the city into rubbles. No one expected that Baguio City would rise from the rubbles of the earthquake because of the enormous damage inflicted to the city’s infrastructure and economy. The prices of prime lots in the city drastically dropped attracting enterprising individuals to take advantage of the situation who procured said lands which they later sold at bonanza prices and now serving as sites for booming businesses in the city today.

Presidential Decree (PD) 705 or the Forestry Reform Code of the Philippines regulates the cutting of trees in areas where the same had naturally-grown or in plantation sites. Tree-cutting is allowed, provided that, individuals and groups that cut trees must also replace the same with the prescribed compensatory requirement, or 100 pine seedlings should be planted for every naturally grown tree, while 50 pine seedlings are required to be planted by people.

The latest study conducted by the Cordillera office of the Department of Environment and Natural Resources (DENR-CAR) show there are already over 2.5 million trees found in the over 57.49 square kilometres land area of the city where only less than 500,000 are said to be pine trees while the rest are assorted tree species. The sudden drop in the number of trees alarmed environmentalists who came out with proposals to impose a moratorium on the cutting of trees for at least 10 years to allow the growth of the planted trees to help save the city’s environment. However, there are certain legal questions raised against the validity of the moratorium being proposed for the city alone might turn out to be ineffective from the start.

We believe there is a need to strike a balance between economic development and the efforts to preserve and protect the environment. Unfortunately, there are some politicians who are trying to dramatize and exaggerate the situation to make it appear that Baguio city is already helpless in preserving and protecting the state of its environment, thus, the need for the appropriate interventions from outside just for us to solve this issue. We, as a people, can actually solve our pressing environmental problems if we are sincere and transparent in our actions and not after the fact that we had cut numerous trees and now we come out in the open to attempt to legislate a proposed moratorium in the cutting of trees. It is unfortunate that we tend to already start acting when the fact has already been done. Obviously, the proposed moratorium pending before the local legislative body and the House of Representatives are purely for a show and not a sincere act to help preserve and protect the state of the city’s environment.