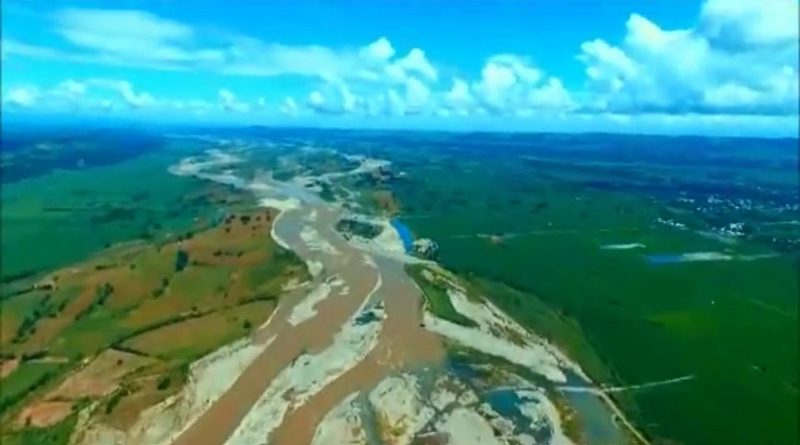 TABUK CITY, Kalinga – The water level at the Canao (formerly Pasunglao) Bridge has gone below critical level during the typhoon.

Members of the Barangay Bulanao Centro Emergency Response Team (BBCERT) and Barangay Disaster Risk Reduction and Management Council (BDRRMC) were out very early  this morning to monitor the area and ensure that people are complying with the advisories issued by the city government and the City DRRMC.

Unfortunately, we several young men were seen by the River banks (or what’s left of it). Some were even dipping into the River while others are just walking or sitting on rocks by the banks.

Personnel of the Barangay Bulanao Emergency Response Team have appealed to them to stay out of the water and away from the banks but they were didn’t listen. When asked why they are out along the banks some of them answered “ado lames tata ta natuleng da, Ada da lang igid kadagita batbato.” Most of them said, this is the best time to fish.

The Mayor has issued warnings for people to stay away from the River to avoid possible untoward incidents but some have disregarded the warnings and advisories, seemingly oblivious to the danger posed.

It will be recalled that there were several incidents of drowning in this River and that during typhoons, the River can swell and it’s waters have swept low lying villages and farmlands.

Members of the City DRRMC will continue to monitor the River and other possible land slide prone area as the weather slightly brightens.

Mayor Estrañero has reminded everyone to help, especially the responders, who have been on duty round the clock since the onslaught of the storm.