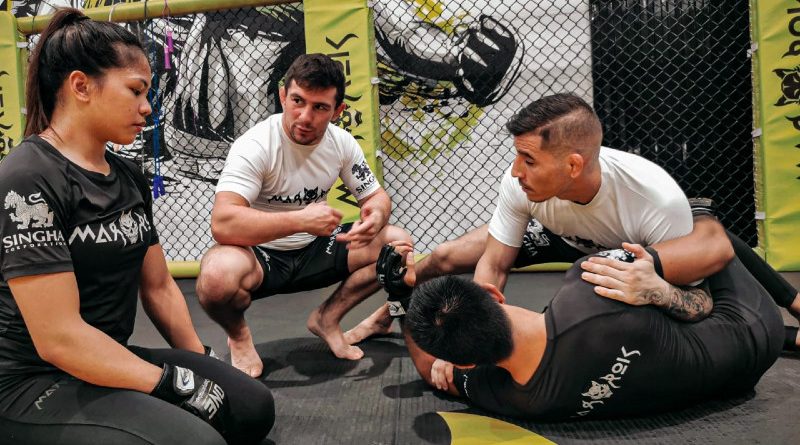 Denice and Drex Zamboanga are two names MMA fans need to become familiar with, if they aren’t already. The brother-sister fighting tandem competing under the ONE Championship banner are two of the most exciting athletes in the promotion.

Denice is the #1-ranked women’s atomweight, compiling an immaculate 6-0 MMA career fight record. She finished three of her opponents by submission and one by technical knockout.

She was bound for a title bout against ONE Women’s Atomweight World Champion “Unstoppable” Angela Lee until the reigning title holder had to momentarily leave the circle due to pregnancy.

Drex is a former regional champion chasing a ONE world title. He is carrying an MMA fight record of 8-5, majority of them under the Universal Reality Combat Championship (URCC) banner. He has four knockout and three submission wins.

His fight results followed a roller coaster ride, going 2-2 in his first four fights before winning four straight, three under the URCC promotion.

The came a tailspin as he lost three straight fights until halting it with a doctor stoppage TKO in URCC 77 – Raw Fury on April 2019, followed by a rear-naked choke win during his ONE debut on August 2020.

One man who has had a hand in their recent rise is Chilean fighter William Marcelo Aranguiz Lubies. Aranguiz is the Director for Mixed Martial Arts at Marrok Force in Bangkok, where Denice and Drex currently train and hone their skills.

Aranguiz has been impressed by the siblings’ work ethic since joining his gym, and believes they possess the right mindset required to reach immense success in their respective careers.

“Denice and Drex are some of the most humble and committed athletes, with a substantial focus on achieving their goal as professional fighters. They are both great team players. As an MMA director and a fighter myself, I am very proud to have them as team members, and as friends. I am grateful to have known them and that I can get to work with them,” said Aranguiz.

The tournament is set to commence at ONE: EMPOWER, a historic all-female fight card scheduled for Friday, 28 May.

Drex, on the other hand, is trying to stay as sharp as possible, while waiting for his next fight assignment in a stacked flyweight division that includes reigning champ Adriano Moraes, top contender Demetrius Johnson, and Team Lakay rising star Danny Kingad.

Aranguiz has no doubt Denice and Drex can achieve their dreams because they draw strength from each other, and help each other become better fighters.

“Obviously, the biggest strength they have is each other. And they’re both willing to accept their weaknesses, as well as do everything to turn them into strengths. They listen to instruction well, and are good at being creative,” said Aranguiz.

As the siblings’ head coach, the most important part for Aranguiz is that Denice and Drex continue to improve themselves on a daily basis. Only then can they realize their full potential.

“My honest opinion is the sky’s the limit for them. They’ve already been through so much, that no matter how hard life hits them, they’ll still keep knocking down challenges, one at a time. I have no doubt they will become world champions,” Aranguiz concluded.

“As someone who has been in the game for over 10 years, I’ll be the first to say that there’s always something new to learn and improve on every day in the fight game. As part of the Marrok Force values, we are always looking for a way to improve ourselves dynamically in every aspect.”