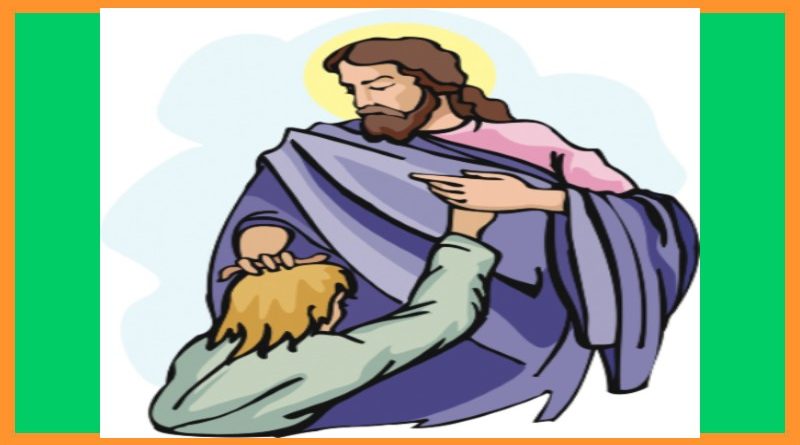 There are numerous accounts of Jesus performing miracles in the bible. You probably heard some of them. This piece will revisit the great miracles the Lord Jesus did that intervene human affairs in extraordinary way. You might be surprised how some of them came to happen.

Click to go straight to specific topic on Jesus and his ministry:

Jesus teaches to have faith in Him by calming the storm

35That day when evening came, he said to his disciples, “Let us go over to the other side.” 36Leaving the crowd behind, they took him along, just as he was, in the boat. There were also other boats with him. 37A furious squall came up, and the waves broke over the boat, so that it was nearly swamped.

38Jesus was in the stern, sleeping on a cushion. The disciples woke him and said to him, “Teacher, don’t you care if we drown?” 39He got up, rebuked the wind and said to the waves, “Quiet! Be still!” Then the wind died down and it was completely calm.

43And a woman was there who had been subject to bleeding for twelve years, but no one could heal her. 44She came up behind him and touched the edge of his cloak, and immediately her bleeding stopped.

45“Who touched me?” Jesus asked. When they all denied it, Peter said, “Master, the people are crowding and pressing against you.”

46But Jesus said, “Someone touched me; I know that power has gone out from me.” 47Then the woman, seeing that she could not go unnoticed, came trembling and fell at his feet. In the presence of all the people, she told why she had touched him and how she had been instantly healed.

48Then he said to her, “Daughter, your faith has healed you. Go in peace.” Luke 8:43-48, New International Version

“46Once more he visited Cana in Galilee, where he had turned the water into wine. And there was a certain royal official whose son lay sick at Capernaum. 47When this man heard that Jesus had arrived in Galilee from Judea, he went to him and begged him to come and heal his son, who was close to death.

48“Unless you people see signs and wonders,” Jesus told him, “you will never believe.” 49The royal official said, “Sir, come down before my child dies.”

The man took Jesus at his word and departed. 51While he was still on the way, his servants met him with the news that his boy was living. 52When he inquired as to the time when his son got better, they said to him, “Yesterday, at one in the afternoon, the fever left him.”

53Then the father realized that this was the exact time at which Jesus had said to him, “Your son will live.” So he and his whole household believed.” John 4: 46-53, New International Version

27As Jesus went on from there, two blind men followed him, calling out, “Have mercy on us, Son of David!” 28When he had gone indoors, the blind men came to him, and he asked them, “Do you believe that I am able to do this?”

“Yes, Lord,” they replied. 29Then he touched their eyes and said, “According to your faith let it be done to you”; 30 and their sight was restored.

Jesus warned them sternly, “See that no one knows about this.” 31But they went out and spread the news about him all over that region.

32While they were going out, a man who was demon-possessed and could not talk was brought to Jesus. 33And when the demon was driven out, the man who had been mute spoke. The crowd was amazed and said, “Nothing like this has ever been seen in Israel.” Matthew 9: 27-33, NIV

Jesus recruits His first disciples by a miraculous catch

5One day as Jesus was standing by the Lake of Gennesaret, the people were crowding around him and listening to the word of God. 2He saw at the water’s edge two boats, left there by the fishermen, who were washing their nets. 3He got into one of the boats, the one belonging to Simon, and asked him to put out a little from shore. Then he sat down and taught the people from the boat.

4When he had finished speaking, he said to Simon, “Put out into deep water, and let down the nets for a catch.” 5Simon answered, “Master, we’ve worked hard all night and haven’t caught anything. But because you say so, I will let down the nets.”

6When they had done so, they caught such a large number of fish that their nets began to break. 7So they signaled their partners in the other boat to come and help them, and they came and filled both boats so full that they began to sink.

8When Simon Peter saw this, he fell at Jesus’ knees and said, “Go away from me, Lord; I am a sinful man!” 9For he and all his companions were astonished at the catch of fish they had taken, 10and so were James and John, the sons of Zebedee, Simon’s partners.

Then Jesus said to Simon, “Don’t be afraid; from now on you will fish for people.” 11So they pulled their boats up on shore, left everything and followed him. Luke 5: 1-11, NIV

There were two instances where Jesus feed the crowd following Him, both on the account of Matthew:

The Feeding of the Four Thousand

32Jesus called his disciples to him and said, “I have compassion for these people; they have already been with me three days and have nothing to eat. I do not want to send them away hungry, or they may collapse on the way.” 33 His disciples answered, “Where could we get enough bread in this remote place to feed such a crowd?” 34“How many loaves do you have?” Jesus asked. “Seven,” they replied, “and a few small fish.”

35 He told the crowd to sit down on the ground. 36Then he took the seven loaves and the fish, and when he had given thanks, he broke them and gave them to the disciples, and they in turn to the people. 37They all ate and were satisfied. Afterward the disciples picked up seven basketfuls of broken pieces that were left over. 38The number of those who ate was four thousand men, besides women and children.

39After Jesus had sent the crowd away, he got into the boat and went to the vicinity of Magadan. Matthew 15:32-39

The Feeding of the Five Thousand

15As evening approached, the disciples came to him and said, “This is a remote place, and it’s already getting late. Send the crowds away, so they can go to the villages and buy themselves some food.” 16Jesus replied, “They do not need to go away. You give them something to eat.” 17“We have here only five loaves of bread and two fish,” they answered. 18“Bring them here to me,” he said.

19And he directed the people to sit down on the grass. Taking the five loaves and the two fish and looking up to heaven, he gave thanks and broke the loaves. Then he gave them to the disciples, and the disciples gave them to the people. 20They all ate and were satisfied, and the disciples picked up twelve basketfuls of broken pieces that were left over. 21The number of those who ate was about five thousand men, besides women and children. Matthew 14:15-21