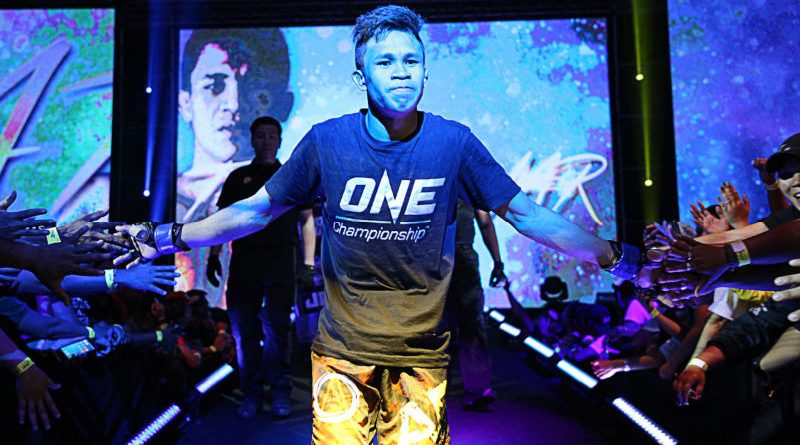 After dropping his first two assignments under the ONE Championship umbrella last year, Strawweight Jeremy Miado is confident that his upcoming matchup will be different.

A tough test awaits Miado as he is slated to lock horns with former ONE Strawweight World Champion Dejdamrong Sor Amnuaysirichoke in the co-headliner of ONE: IRON WILL, which takes place at the Impact Arena in Bangkok, Thailand on Saturday, 24 March.

Miado is expected to have his hands full as he shares the ONE Championship cage with Amnuaysirichoke, who is a three-time Lumpinee Stadium Muay Thai world champion with over 25 years of competitive experience.

Having a professional record of 8-3 in mixed martial arts, Amnuaysirichoke is known as a technical striker with quick hands and lightning feet, employing some of the most unique and creative combinations.

Even though Miado is a striker by nature with his extensive boxing background, his opponent is a living legend in the discipline known as “The art of eight limbs.”

“I know he is much more experienced than me, and I look up to that. I also admire his striking skills. It is one of the things we are cautious about,” he said.

“I will play to my strengths, and I will even go head-to-head with his strengths. If I can submit him, it will surely be a satisfying win for me,” Miado added.

The 25-year-old Marikina City resident might have a tall order in front of him in Amnuaysirichoke, but he remains unperturbed with the fact that the most challenging bout in his young career is ahead of him.

“I don’t see it as a problem. I want to know my potential in this sport. That’s why I am happy to be in this bout against a talented competitor and a former champion like him,” Miado stated.

Miado views his three-round strawweight encounter with Amnuaysirichoke as an opportunity to see where his talent truly stands on a global stage like ONE Championship.

“To be able to compete against a Muay Thai legend, it will only be good for my experience,” he quipped.

“My opponent is an outstanding striker, but I am focusing on my ground [skills]. I am a striker, but I know what his skills are,” Miado further explained. “I think his game plan will be to use his striking to overwhelm me. I am practicing my defense in the stand-up. But he needs to watch out for my takedown attempts.”

Miado vows to be in his peak form at ONE: IRON WILL, asserting that a victory over Amnuaysirichoke will undoubtedly be a marquee moment in his career.

“I feel really strong, and at my peak. I cannot wait to get in there and show everybody the real me. I was not able to do so in my last two bouts, but this time I will make sure that everyone knows who I am when it is all said and done,” he declared.