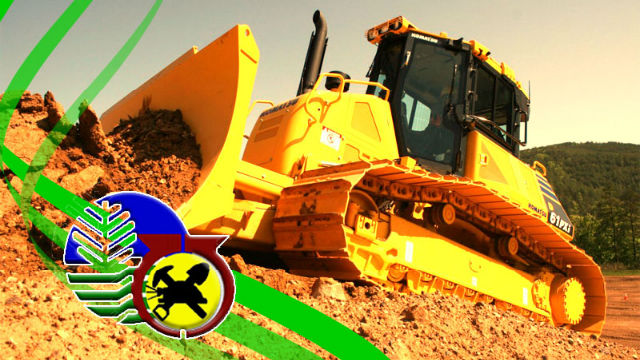 BAGUIO CITY  – “We wish by first quarter of next year makapag-declare na kami with the new revised procedures in the declaration of Minahang Bayan,” Mines and Geosciences Bureau (MGB) Cordillera Administrative Region (CAR) Regional Director Faye Apil said in the press conference of the 64th Annual National Mine Safety and Environment Conference (ANMSEC) at the Baguio Country Club on Tuesday.

Apil said that they saw the need to revise procedures of Minahang Bayan declaration because small-scale miners are having difficulty complying with the current procedures.

Aside from the procedural revisions, she said they are also considering extending the life term of Minahang Bayan sites.

“Gaya ng ECC, baka pwedeng we’ll do it nalang sa second step before we give the small-scale mining contract instead of requiring them to get the ECC first before the Minahang Bayan or the NCIP requirement. Baka pwedeng ilagay muna natin sa second step so mga ganyang mga amendments. We are also looking to amend the life term of the Minahang Bayan kasi as of now, it’s two years. Baka pwedeng habaan natin yan ng konti,” Apil said.

Meanwhile, the Philippine Mine Safety and Environment Association (PMSEA) said it is looking forward to a “positive engagement” with the new Environment Secretary.

Roy Cimatu took over the Department of Environment and Natural Resources in October after the Commission on Appointments (CA) rejected Gina Lopez.

During her tenure, Lopez ordered the closure of 23 mines, suspended 4 more, and banned open-pit mining.

PMSEA President Louie Sarmiento said that “engagement should always be positive. We can tend to be negative to go to criticism but I think we have to prove that indeed responsible mining is possible and indeed we were able to do that and to demonstrate that.”

He defended open pit mining, saying “there is no law to ban the use of open-pit mining”.

Engineer Rodolfo Velasco of the MGB Central Office agreed with him. “Since time immemorial, open pit is being applied and ang naging kaso naman po nito, the former secretary said that the open pit will be there forever. Meron naman pong mga rehabilitation options that can be done to rehabilitate yung mga open pit,” he said.

Sarmiento recognizes the need to raise public awareness of sustainable mining practices. “Secretary Cimatu said there has to be more information that is given to explain what responsible mining is to the Filipinos. In fact, I think this is a challenge that has been acknowledged by the industry and we have to move forward in trying to advocate where can we find responsible mining, how is responsible mining implemented in the different mining corporations in the Philippines,” he said.