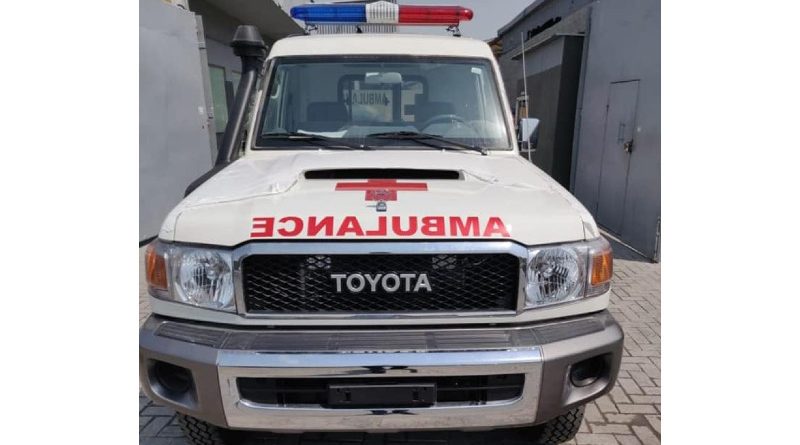 LA TRINIDAD, Benguet – Benguet Caretaker Congressman and Anti-Crime and Terrorism through Community Involvement and Support (ACT-CIS) Party-list Rep. Eric Yap underscored that the recent distribution of the fourteen 4×4 medical transport vehicles to the thirteen municipalities and the Benguet General Hospital (BeGH) is a ‘win-win’ solution for Benguet residents  whatever will be the outcome of the upcoming May 9, 2022 synchronized national and local elections.

Yap, who chairs the powerful House Committee on Appropriations, stated that the distribution of the medical transport vehicles is just a testament of the ongoing efforts of the United Benguet Party to sustain the efficient and effective delivery of basic services to the people no matter what it takes because it is the welfare of the people of Benguet that matters during these difficult times caused by the ongoing Coronavirus Disease 2019 (COVID-19) pandemic.

“We are just being true to our words because we want our people in the rural areas to be provided with quality services from the government. We do not want our brothers and sisters in the countryside to be left out that is why we are doing our best to source out available resources to ensure that we will be able to partly address their needs,” Congressman Yap stressed.

According to him, what is important now is that the medical transport vehicles are with the concerned municipal governments and the Benguet General Hospital (BeGH) where the same could already be used to help in further enhancing the delivery of health care services to the people of Benguet as the same is aimed at doing so, especially in transporting patients from the remote villages to the nearest health facility for them to be provided with the appropriate medical attention.

Funds that were used to purchase the donated 4×4 medical transport vehicles came from his father, Engracio Yap, who is a cancer survivor of seven years and that his only way of returning the blessing of surviving a deadly illness is to extend assistance to those in need and the provision of the aforesaid vehicles was seen as among such gesture.

Early this year, Congressman Yap promised the Benguet people that he will work out the purchase of the 4×4 medical transport vehicles that will be used to transport patients from the remotest village of the province to the nearest health facility for them to be provided with the appropriate medical attention for them to recover from their illnesses after witnessing that the ambulances that had been provided the local governments and the hospitals cannot maneuver in remote areas of the province.

The lawmaker claimed that the distribution of the medical transport vehicles is just part of his promised genuine public service to the people of Benguet as he wants that the province will be elevated to be one of the first-class provinces in the future once development shall have been achieved in far flung communities through the establishment of the appropriate road networks that will link the remote villages to the urban centers.

At present, Benguet remains to be a second-class province even if it is already operating as a first-class province based on the prevailing standards of income, land area and population pursuant to the provisions of the Local government code of the Philippines. By HENT

This post has already been read 2140 times!LA TRINIDAD, Benguet – The provincial government is studying the possibility of gradually