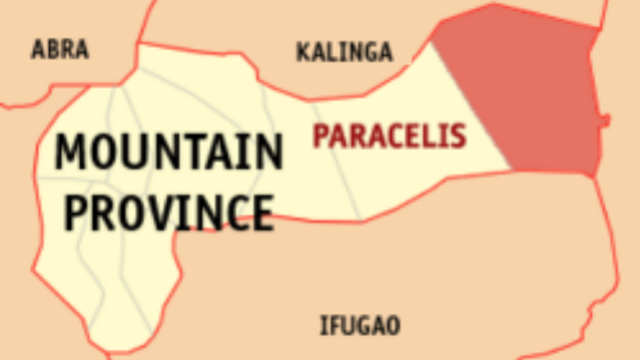 PARACELIS, Mountain Province – A candidate for the town’s mayoralty post emerged victorious in the recently concluded May 9, 2022 synchronized national and local elections after garnering majority of the votes cast in the various clustered precincts in the municipality.

Former Mayor Avelino Amangyen was proclaimed by the municipal board of canvassers as the winning candidate for the mayoralty post when he garnered 9,220 votes as against the 5,185 votes casted in favor of incumbent mayor Marcos Ayangwa and the 1,172 votes given by the voters to Amor Liban.

Amangyen was ordered arrested by the Regional Trial Court (RTC) way back in 2018 for violation of Presidential Decree (PD) 705 or the Forestry Reform Code of the Philippines after the Supreme Court (SC) upheld its earlier decision finding him guilty of the said offense and meted the penalty of imprisonment of 12 to 20 years imprisonment.

Earlier, the Second Division of the poll body ordered the cancellation of Amangyen’s certificate of candidacy for mayor because of alleged misrepresentation in the declaration of information in the said COC.

However, Amangyen filed a motion for reconsideration that assailed the aforesaid decision of the poll body which is still pending with the same second division to date.

COMELEC officials claimed that Amangyen remains to be a candidate for mayor because of the absence of a final decision on his disqualification and the cancellation of his COC which is still pending with the poll body, thus, the votes cast for him will still be counted in his favor.

If the decision for his disqualification will come after election day, the law on succession provided by Republic Act (RA) 7160 or the Local Government Code of the Philippines will be enforced where the winning vice mayor will serve as the mayor while the councilor that garnered the highest votes will serve as the vice mayor.

Paracelis is one of the vote-rich towns in Mountain Province with a voting population of more than 18,000 votes second to Bauko that has over 22,000 registered voters.

The RTC decision that found Amangyen guilty of violation of PD 705 that sentenced him to be imprisoned from 12 to 20 years was finally decided upon by the SC sometime in April 2018 and achieved finality in July 2018 that caused the issuance of the warrant of arrest against him to serve the said sentence.

Amangyten served as the town’s local chief executive from 2010-2019 and lost in his bid for the province’s congressional post during the May 2019 midterm elections.

The warrant of arrest against the former official remains with the law enforcement agencies for service as he remains still at large based on the status of the service of the said warrant as he cannot still be located by law enforcers implementing the same.

If he fails to assume his post as mayor noon of June 30, 2022, it will still be Vice Mayor-elect Jarma Rafael who will be serving as the town’s Acting Mayor while Lito Basungit, the top elected councilor, will be serving as Acting Vice-mayor until Amangyen’s disqualification shall have been ruled upon with finality.