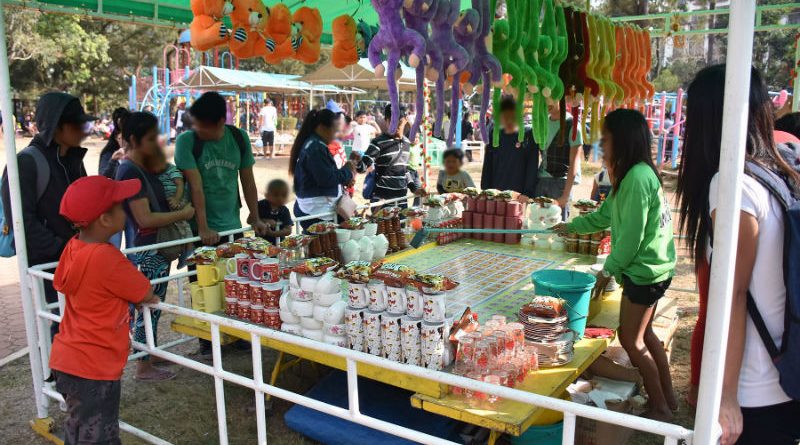 BAGUIO CITY  – Mayor Mauricio G. Domogan ordered concerned offices of the local government to stop the reported gambling activities within the carnival site that was established in the children’s playground.

The local chief executive underscored that what was agreed upon by the members of the local finance committee and the operator of the carnival is that the no gambling policy will be strictly enforced considering that what was previously decided was that the operation will be purely dedicated to wholesome and family-oriented rides.

“We learned that children are even directly involved in the so-called piso-piso or lag-lag barya game being openly played within the amusement area which is already in violation of the terms and conditions of the carnival operation that is why we issued a verbal directive to immediately stop the gambling-related activity in the area,” Domogan stressed.

He expressed his gratitude to concerned residents and personnel of the City Public Order and Safety Division (POSD) for being vigilant and were able to document the open gambling activity where there were even children who were playing the game.

According to him, the mode of doing the game is already gambling aggravated by the fact that there is money involved and whether or not the prizes are in cash or in kind, the same is still gambling which is prohibited under existing laws, rules and regulations.

Earlier, the local legislative body approved a resolution allowing and authorizing the conduct of a 3-month carnival operation within a portion of the Melvin Jones football ground but the mayor returned the same to the council advising the local legislators to look for other available venues where the amusement operation is feasible.

Subsequently, the children’s playground was identified as the venue for the 90-day carnival operation wherein the local government imposed as a condition that the amusement rides to be offered by the operator will not be in direct competition with the rides offered within the skating rink area, among others.

Domogan reiterated that there should be no gambling activities that will be done within the area of the carnival operation considering that what was approved was for purely amusement rides and other entertainment activities that are wholesome and family-oriented.

He urged the public to continue their vigilance and for them to keep their officials informed so that immediate actions could be done in compliance to existing policies of the local government, especially against open gambling operations within the jurisdiction of the city.

The carnival operator is mandated to pay to the local government the prescribed P500,000 lease rental for the space that it will occupy for the 3-month period apart from the bond that he will post to answer for whatever damages that will be inflicted to the park when the company will cease operations.

Domogan appealed to the operator for utmost understanding on the stringent policies being imposed for the carnival operation because it has been part of what has been agreed upon to ensure that children will be spared from whatever temptations due to the presence of gambling in the said area.