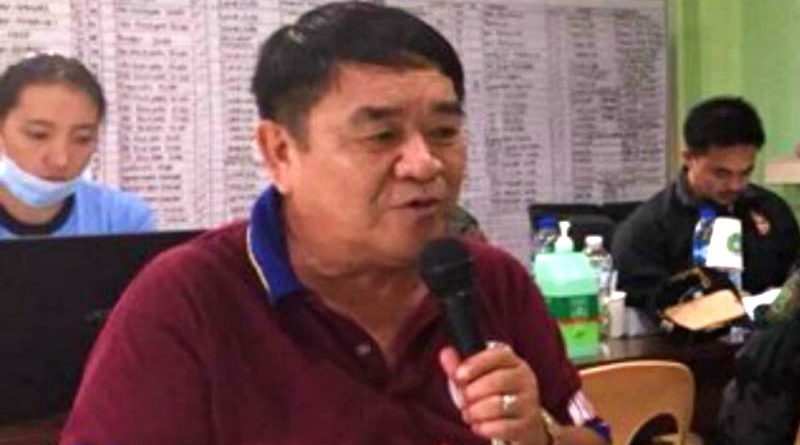 ITOGON, Benguet – Mayor Victorio T. Palangdan hailed the Benguet Electric Cooperative (BENECO) for filing charges of breach of contract against several banks that unilaterally changed the signatories on the electric cooperative’s accounts and allegedly allowed the unauthorized withdrawals to the said accounts that could affect the normal operations of one of the country’s top performing electric cooperatives.

Palangdan pointed out that the Philippine National Bank (PNB) and the Land Bank of the Philippines (LBP) should have not unilaterally decided in changing the signatories to BENECO’s bank accounts based on a mere request and purported preventive suspension orders as the said financial institutions should have consulted the signatories before deciding on effecting the changes. Further, he claimed that these banks should not have allowed the sudden withdrawals from the accounts knowing that there is a prevailing leadership crisis that has not yet been finally resolved, thus, the best option they should have been undertaken is to observe the status quo to ensure that there will be no undue interruption in BENECO’s existing services to the consumers.

What is worse, according to Mayor Palangdan, is that LBP allowed the withdrawal of the P58.6 million from BENECO’s account when this is earmarked for the continuous implementation of the government’s Sitio Electrification Program (SEP).

The former prosecutor stipulated that BENECO must pursue the filing of appropriate charges against the financial institutions that unilaterally allowed the change in signatories to the electric cooperative’s bank accounts and allowed the unauthorized withdrawals so that those responsible for such questionable transactions will be meted the appropriate penalties.

Earlier, BENECO filed charges of breach of contract with prayer for specific performance and damages and issuance of writ of preliminary mandatory injunction against PNB and LBP Baguio Branches for allowing the unilateral change in the signatories of the electric cooperative’s banks accounts without the knowledge of the original signatories and subsequently allowing the unauthorized withdrawals to the said accounts.

Mayor Palangdan urged member-consumer-owners (MCOs) to continue to be vigilant on upcoming developments on the pending leadership impasse so they can protect the rightful general manager who should be occupying the said position because BENECO is in good hands under the able leadership of Engr. Melchor S. Licoben who rose from the ranks and saw how the electric cooperative was transformed from an ailing one to one of the country’s top performing electric cooperatives.

The mayor stipulated that MCOs should stand their ground to protect the electric cooperative from falling into the hands of the wrong persons since BENECO should not fail as the top performing electric cooperative as its success had been a product of hard work and dedication by previous and present officials and employees.