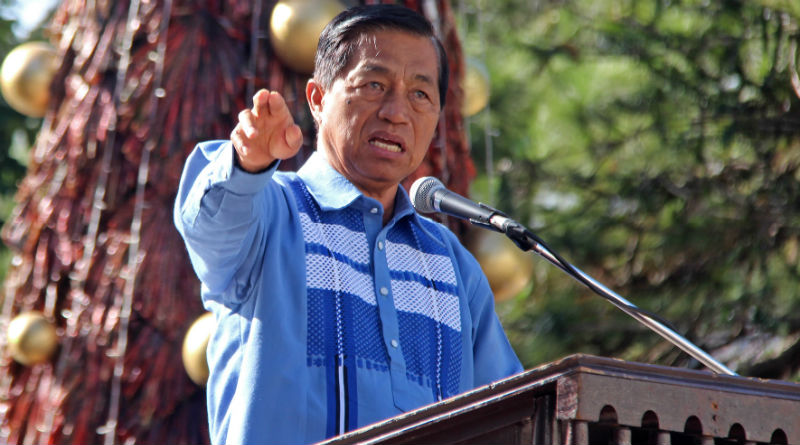 BAGUIO CITY  – Outgoing Mayor Mauricio G. Domogan warned of the possible watering down or mutilation of the proposed autonomy law in the 18th Congress once elected lawmakers in the different parts of the region will not be united in aggressively advancing for the immediate passage of the Organic Act which Cordillerans had been longing for over the past three decades.

The local chief executive claimed that the proposed autonomy law in the 18th Congress could be likened to Republic Act (RA) 6766 or the first Organic Act which was overwhelmingly rejected by the people, except those from Ifugao, due to the watering down of the content of the law by Congress when it was a product of the Cordillera Regional Consultative Commission (CRCC), thus, the need for lawmakers to be united and wary about the contents of the draft that will be submitted to them to ensure that the content will reflect the result of consultations in the different parts of the region.

“We should be vigilant on the outcome of the proposed autonomy law so that whatever will be its contents should reflect the clamor and plight of the people and not the interest of certain individuals and groups wanting to own credit of the possible enactment of the proposed law,” Domogan stressed.

He claimed that the ongoing draft of the proposed autonomy law being undertaken by the drafting committee tasked by the Regional Development Council (RDC) to help facilitate the immediate filing of the Organic Act in the 18th Congress can still be improved because there is actually no perfect law that will emanate from it but credit should be given to those who painstakingly worked for the completion of the draft and not to those who simply took the case for convenience sake.

Domogan welcomed the gesture of some Cordillera congressmen who committed to immediately file the proposed organic Act as soon as they will be able to take hold of the draft so that it will not be overtaken by events just like what happened to House Bill (HB) 5343 or the bill that seeks to establish the Autonomous Region in the Cordillera.

According to him, lawmakers must be grateful that their job to conduct consultations had been made easier by the drafting committee but there will be no hindrance if they decide to repeat the consultations that were conducted for them to actually see for themselves the snowballing clamor of the Cordillerans for self-governance considering the meagre resources that the region is getting from the national government.

Earlier, most members of the drafting committee of the proposed Organic Act were offended after a Cordillera lawmaker informed them that whatever will be the draft they will produced will not be the one that will be filed as he will introduce amendments.

Further, most of the Cordillera representatives are not joining the continuation of the drafting of the proposed autonomy law after they felt that their voluntary efforts were in vain and will not serve the purpose considering the alleged irresponsible remarks from the Cordillera legislator who is trying to project himself as a leader of the Cordillera congressmen.

The 18th Congress is expected to resume is regular session on July 22, 2019 where President Rodrigo Duterte will be delivering his fourth State of the Nation Address (SONA). By Dexter A. See