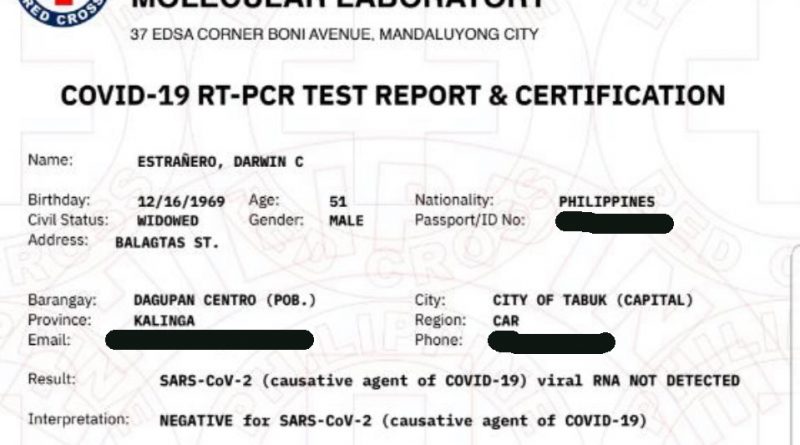 Estrañero claimed that such serious allegations are not true as he was never a close contact of any COVID-19 positive individuals and that he had subjected himself to voluntary isolation and the required swab test.

“I am well and healthy. I condemn this malicious attack on me and my colleagues in the government. We are hardworking people who do not deserve the daily slander being initiated by anonymous personalities in social media,” Mayor Estrañero stressed.

He called on city residents not to engage in such malicious posts which are now evident that are causing real strain on the people in the receiving end because such individuals are considered to be coward because they continue to hide under the guise of anonymity.

The local chief executive appealed to the residents to continue exercising prudence and temperance when interacting with the anonymous personalities to avoid unnecessary clashes with people whom they do not know in the first place.

He also condemned in the strongest possible terms the uncalled remarks made by the same personalities on COVID-19 positive individuals in the city and that he does not intend to repeat the foul language they have used but suffice to say that language endorsing any kind of physical harm to anyone and most especially to COVID-19 positive individuals given the current situation should absolutely not be tolerated by whoever.

The mayor called on the obviously coward individuals who continue to hide under the guise of anonymity running the obviously fake accounts to take down their shameful posts and stop sowing misinformation because they are not helping the community recover from the pandemic but they are instead contributing to the anxiety of the people which should not happen in the first place without their malicious imputations.

Mayor Estrañero pointed out that every citizen has a vital role to play in the ongoing fight against the pandemic and government officials and workers are doing their best to effectively and efficiently address the situation.

However, he was brave to admit that their best efforts are far from perfect but what is important is at all times, each one of the residents will always chose to be part of the solution and not the problem.

Earlier, the city inter-agency task force for the management of emerging infectious diseases decided to extend the prevailing implementation of the enhanced community quarantine (ECQ) in the city because of the continuous increase in the number of residents that test positive for the deadly virus to allow the situation to stabilize.

Last January 25, 2021, the task force initially implemented the ECQ up to February 7, 2021 before deciding to extend the same until February 14, 2021 to avoid the city’s health care system from being compromised and the stress of the frontliners. By HENT

This post has already been read 2205 times!The city identified some twelve priority investment areas that are expected to contribute in efforts